I wrote about the Otford Solar System before to celebrate the New Horizons flyby of Pluto. I’ve finally visited all the planets (including the long trip to Pluto). The most interesting thing about this model is not the completeness or the scale. It’s that the planets are in the actual positions that they were in at the dawn of the new millennium. Here are my photos of this epic model.

I’ve visited the Sweden Solar System and you can take a look at my photos of that. While smaller, the Otford system is more complete. There were some missing planets in Sweden and we didn’t get out of Stockholm.

I recently toured around Croatia and Montenegro. I visited a similar model in Zagreb and the awesome Sea Organ in Zadar. I’ll find time to write those up soon.

The planets are all marked on Open Street Map. 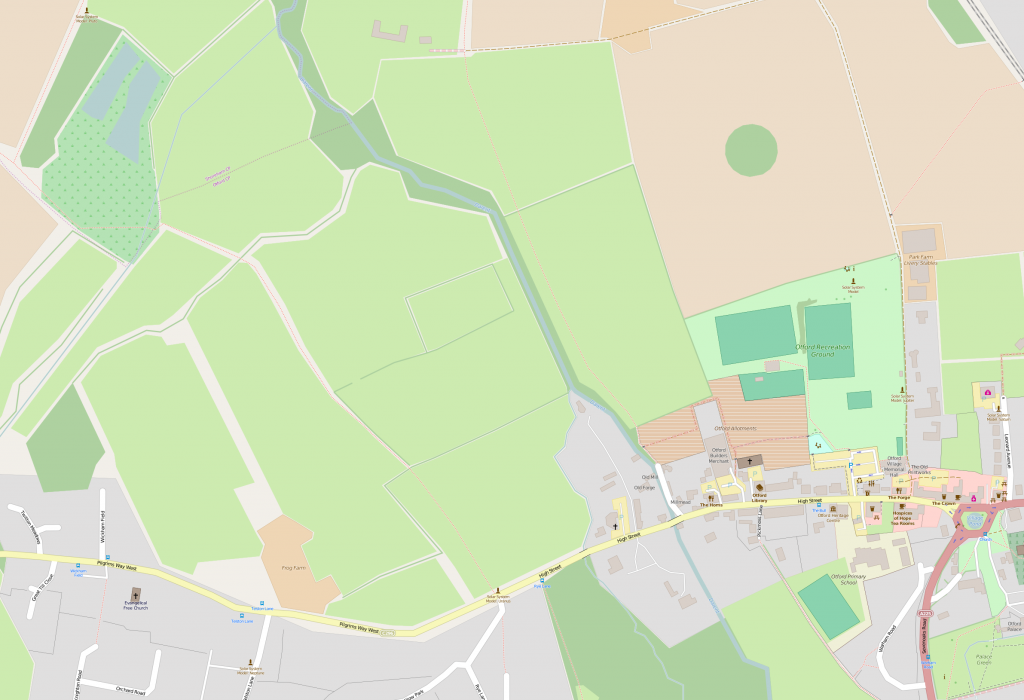 The centre of the model is on the OS map of the area but the other planets are not. Here I’ve added them and drawn on the recommended walking route. 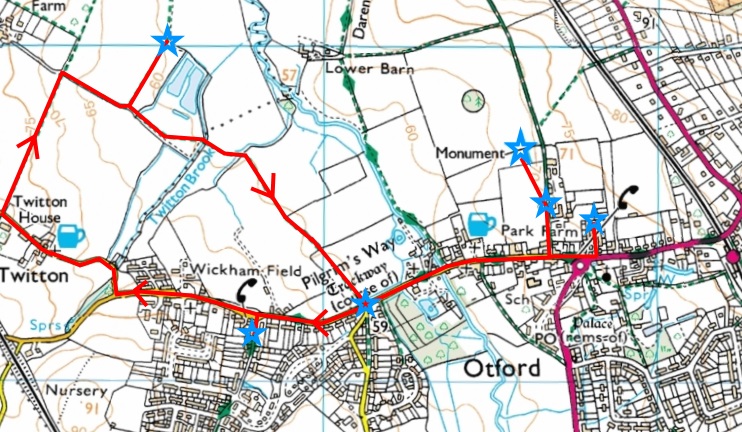 The info board is a good read. 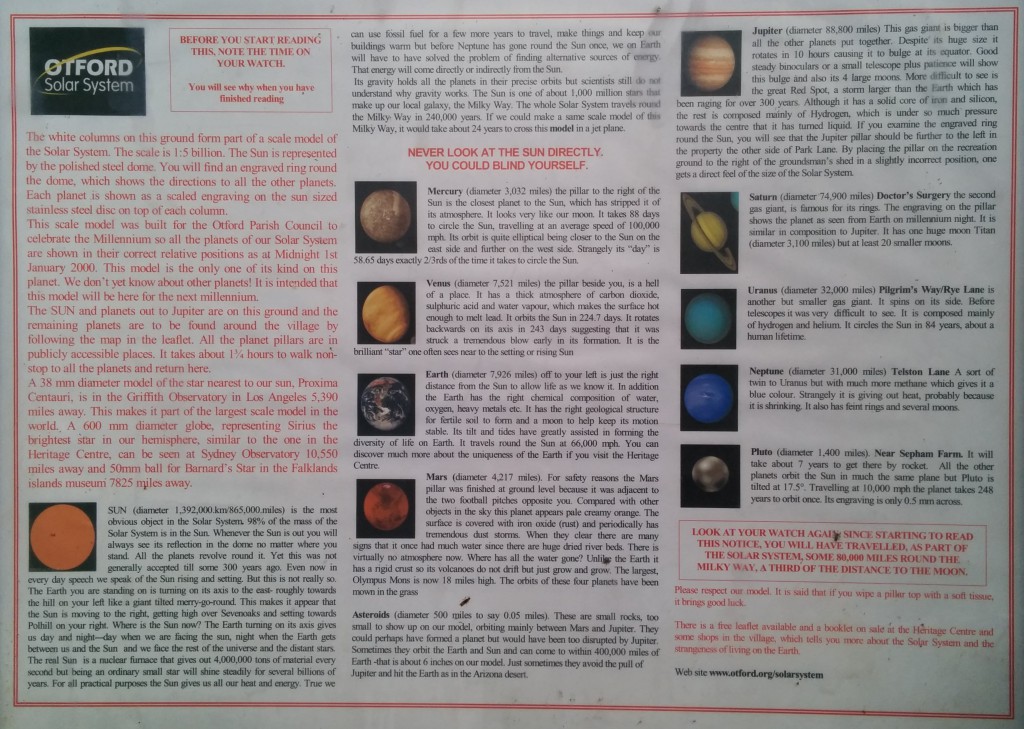 Ignore the web site address. The correct site is here and it requires flash for the best experience.

The sun is a shiny metal dome. 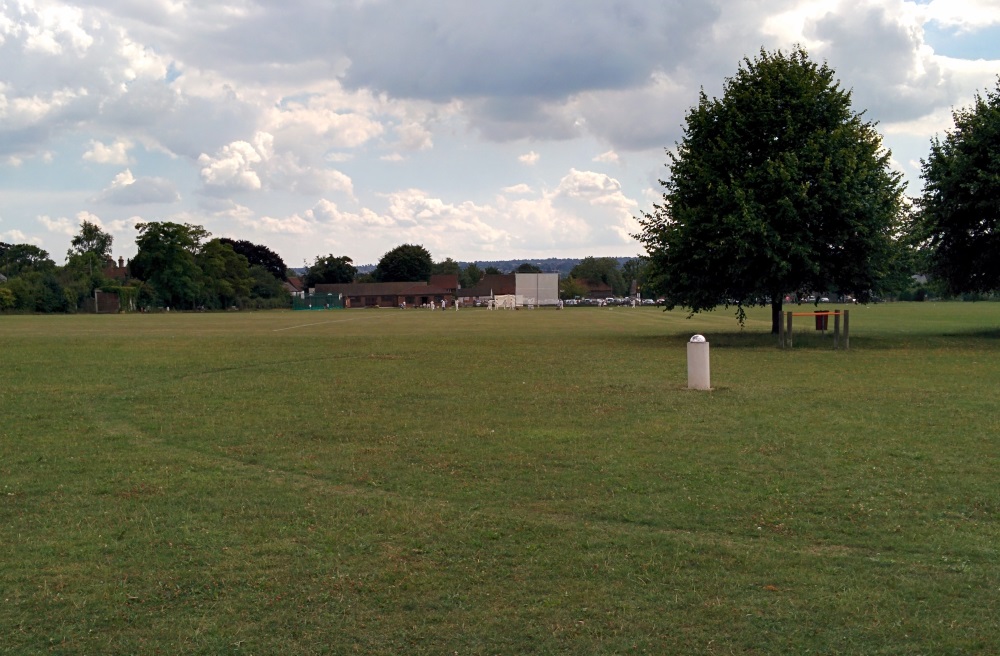 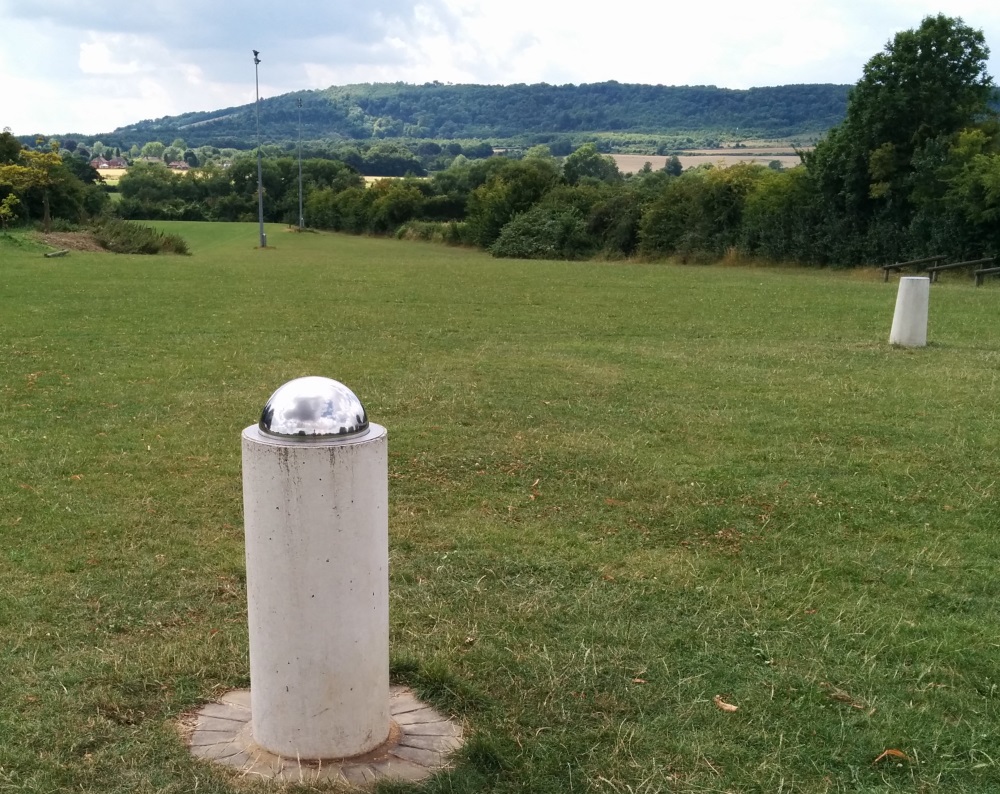 You can see Mercury in the background. Here’s a closer view. 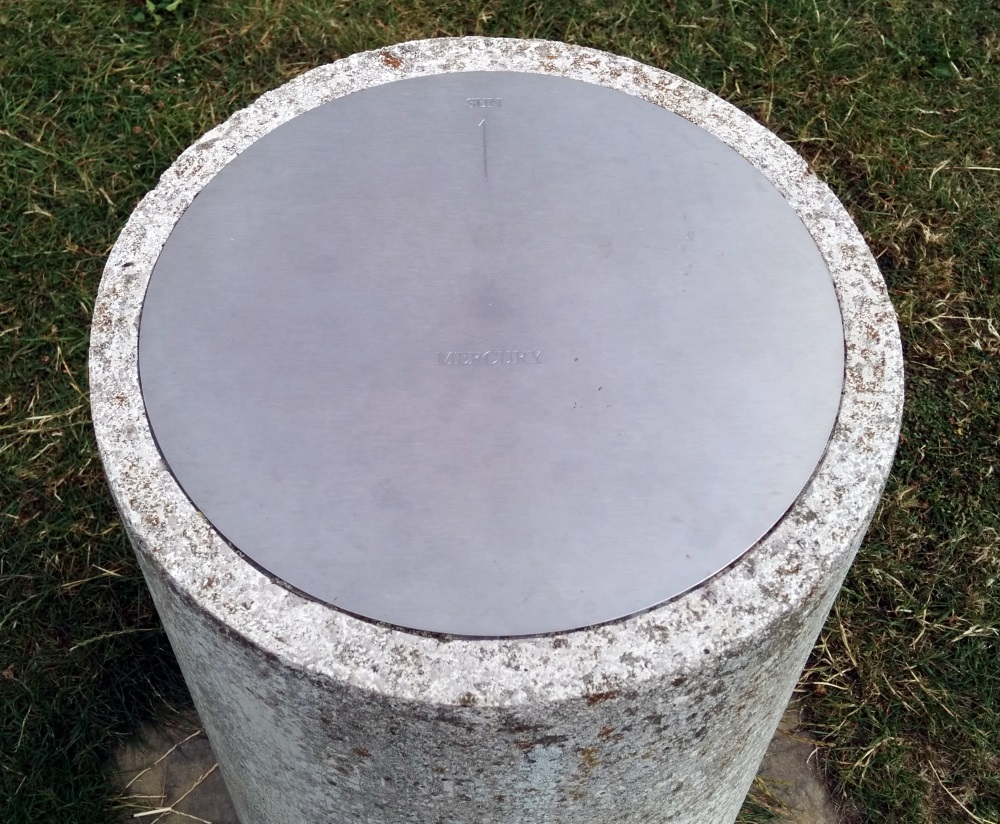 The tiny dot in the centre of the disc is Mercury. Remember this model is to scale! Next up Venus. 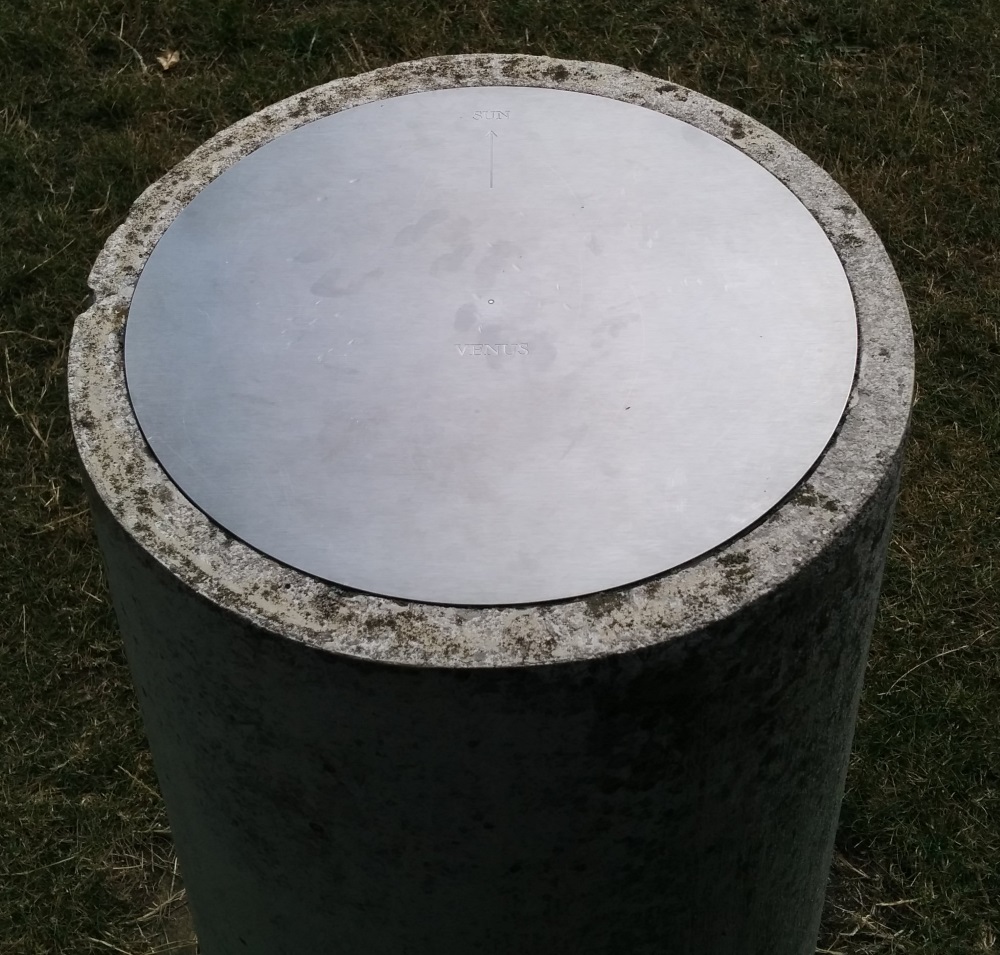 Next is the Earth with the Moon. 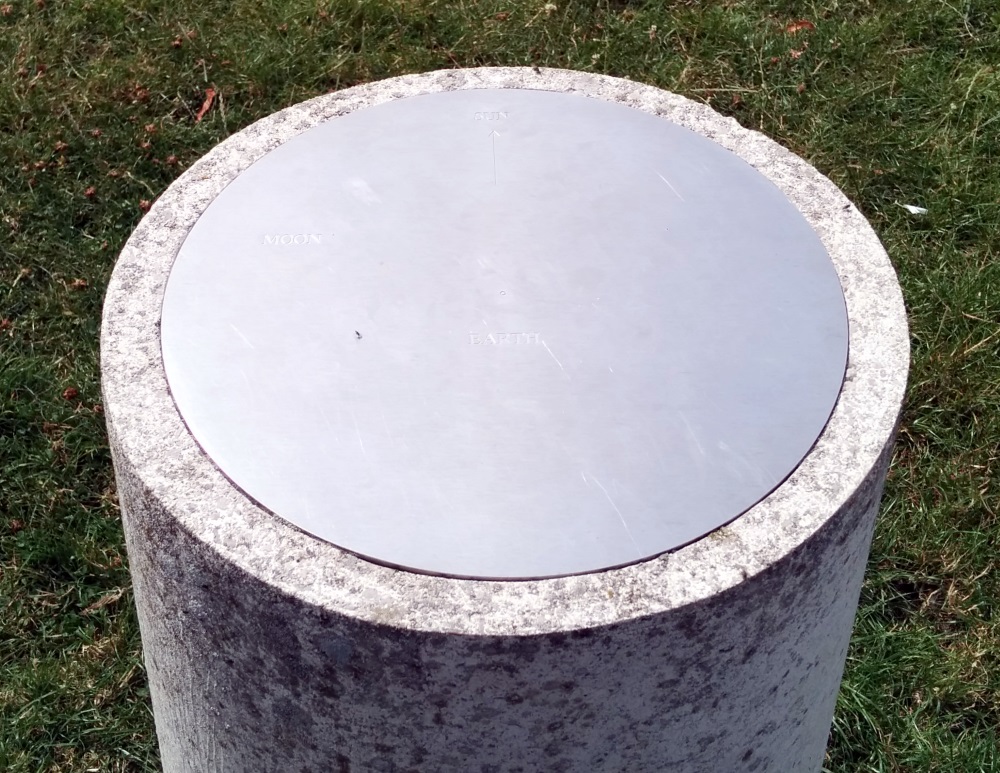 Mars is at ground level so it doesn’t interfere with the sports pitches. 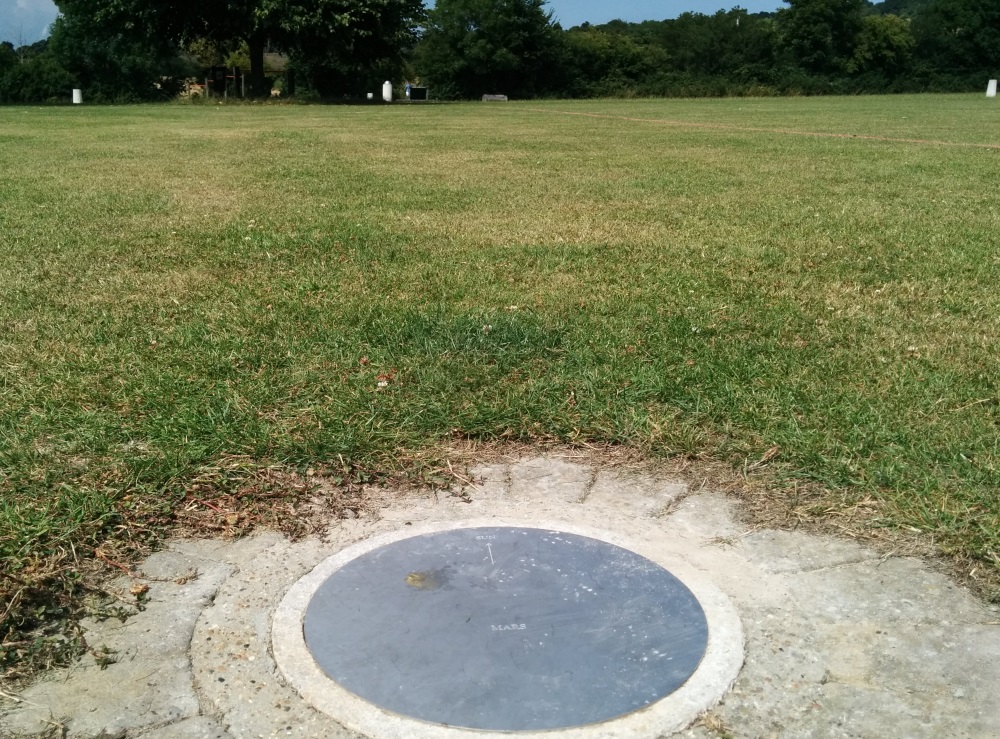 Jupiter is a bit more interesting as it has some colour. Europa is also included. 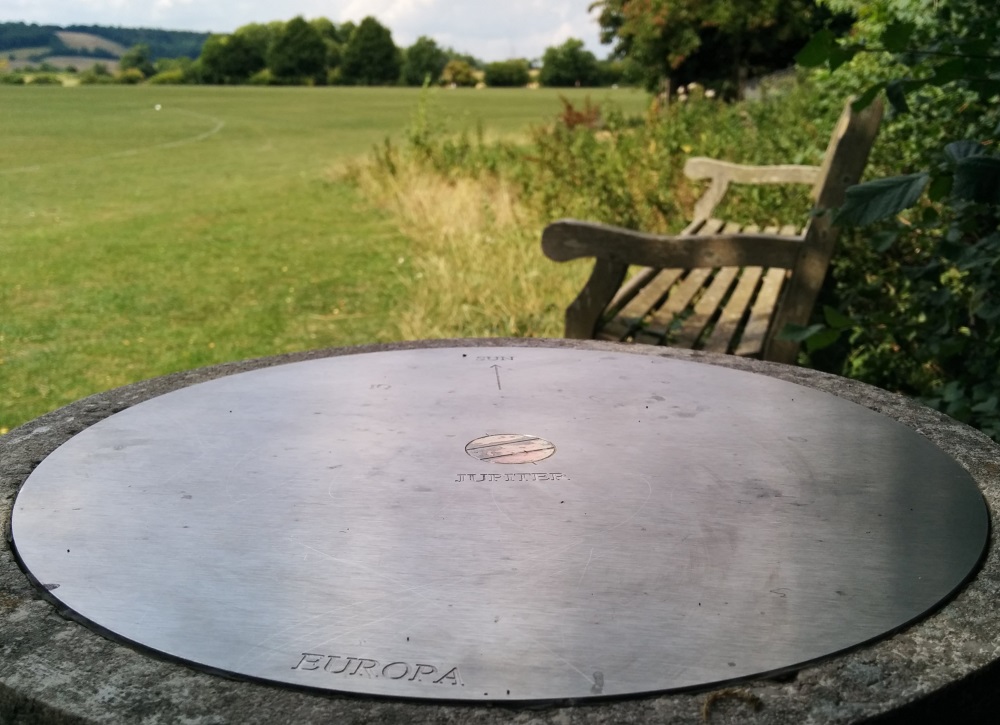 This is the last planet from which you can see the sun. It’s by the group of trees at the top of the photo.

Beyond the Sports Ground

To get to Saturn you need to return to the main road. Take a left then take the next lane to the doctors surgery. 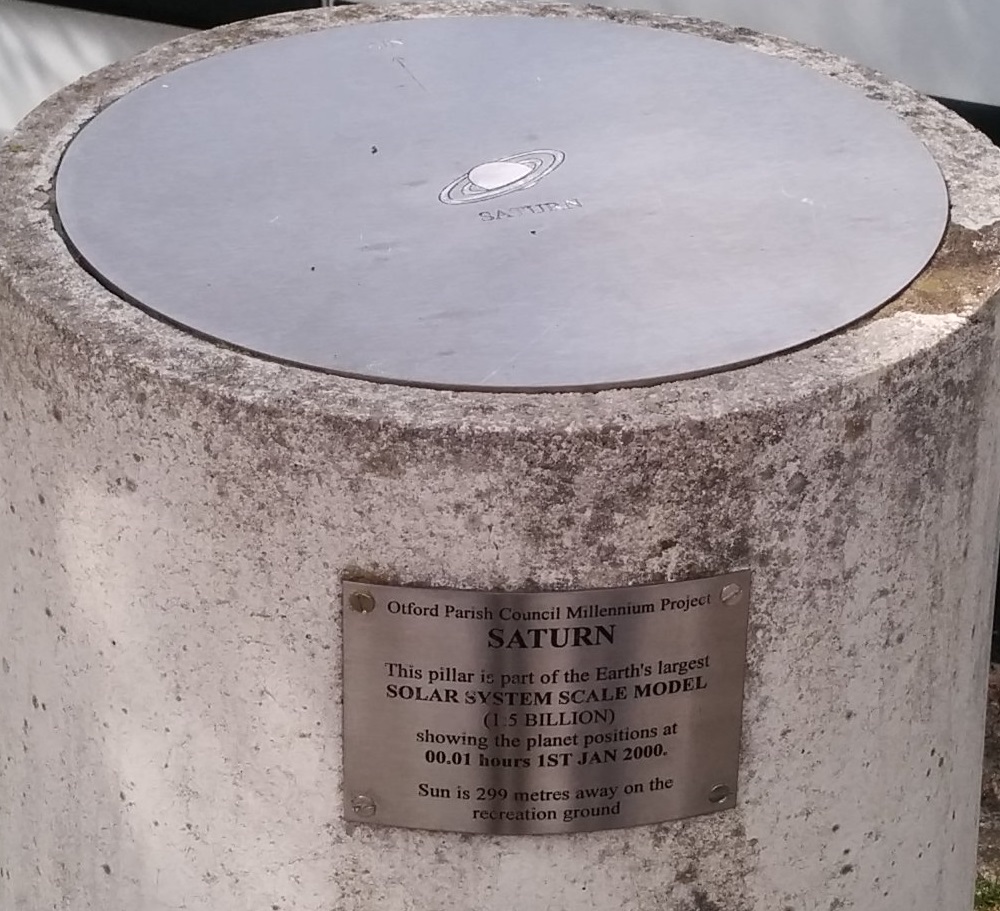 Uranus is next to a bus stop at the junction with Rye Lane. 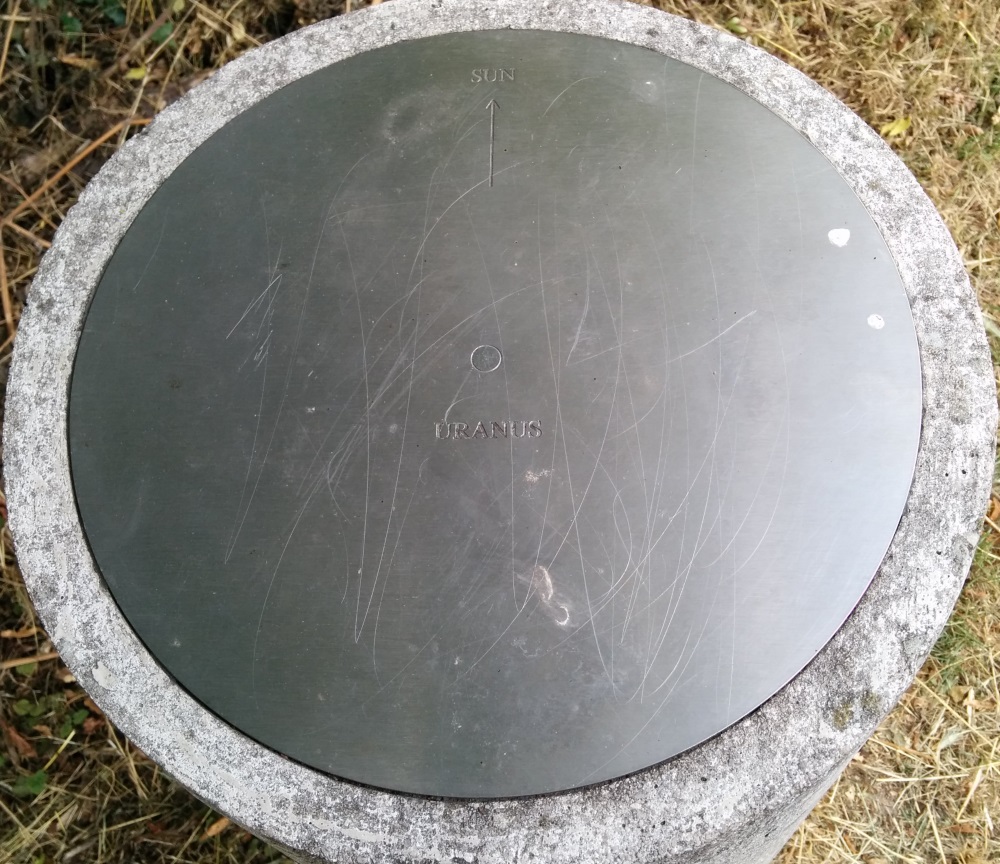 Neptune is a little way down Telston Lane. 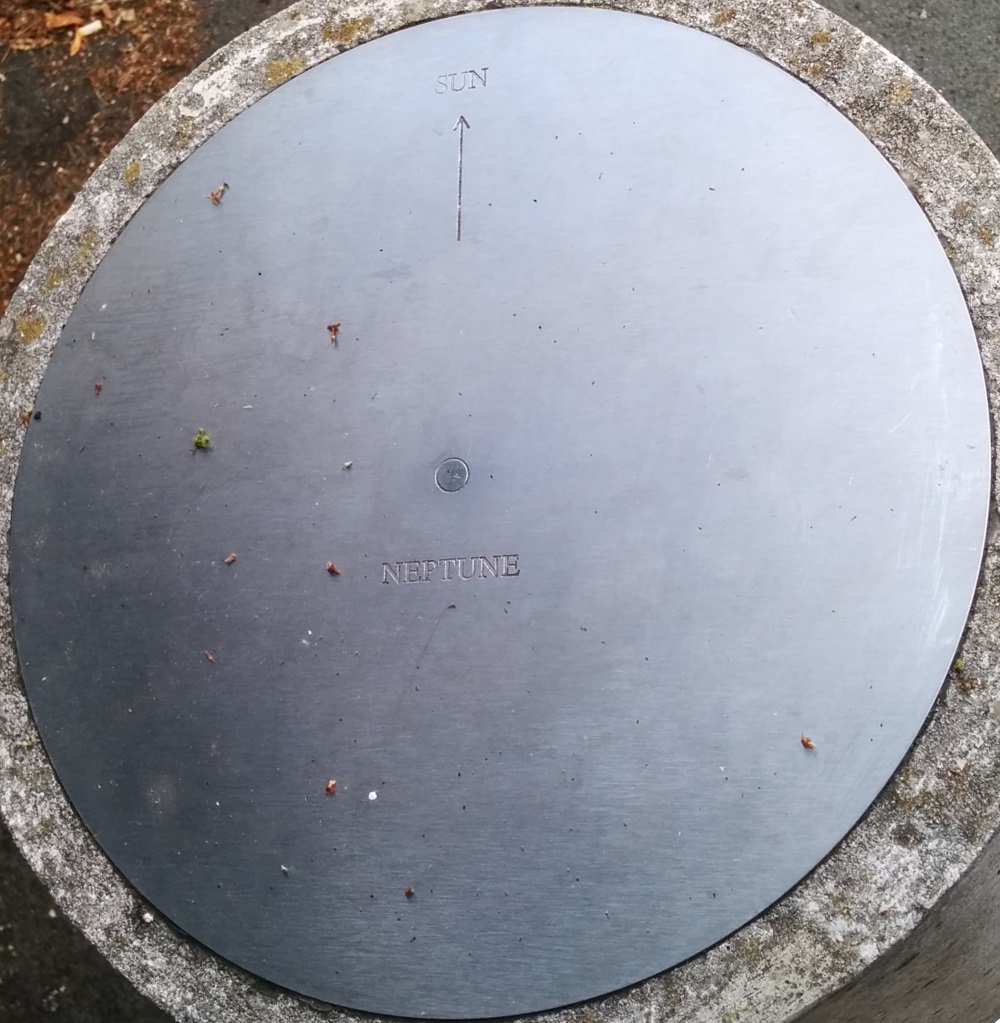 Next up is the main event! 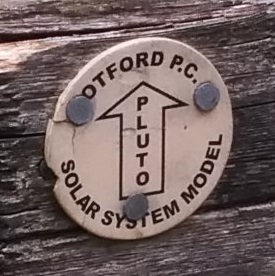 Getting to Pluto is a mission. From Nepture, take the main road (Pilgrims Way) then go down Twitton Lane. Once through Twitton take a footpath on the right. Go through the hedgerow then a bit further; a field.

This wheat was being harvested when we were there so it may look a bit different. Pluto (marked by the red arrow) is still a long way off. Once a little closer it becomes visible to the naked eye. 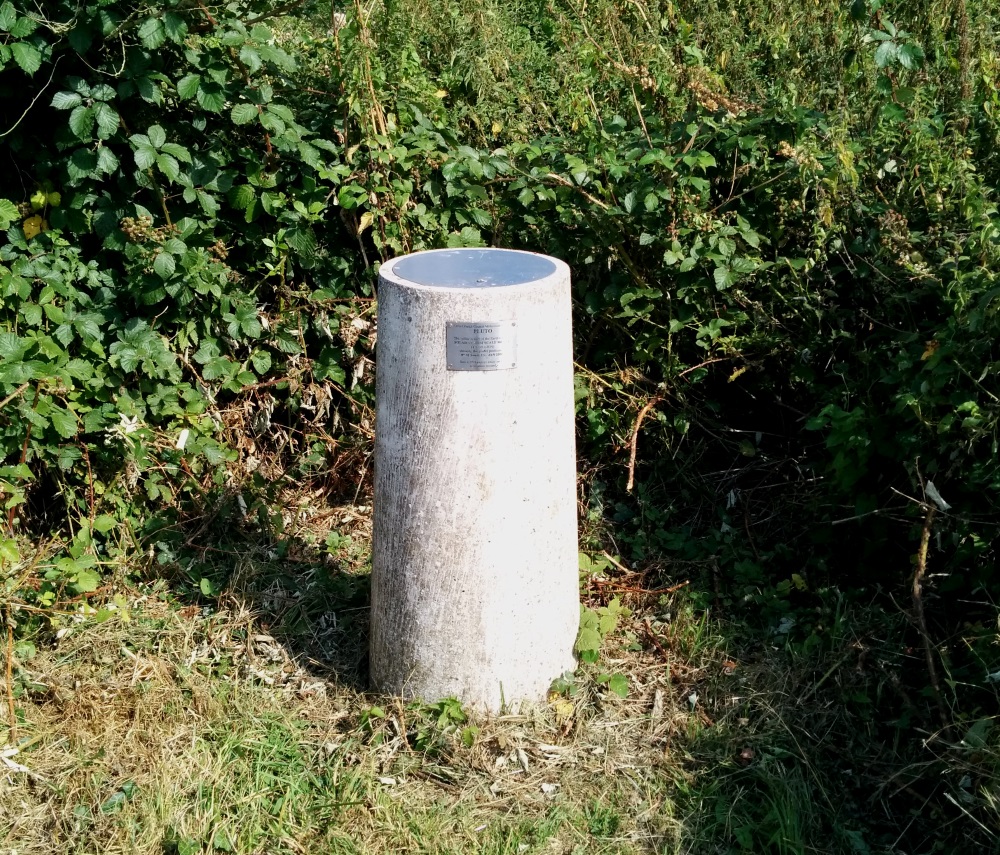 It’s still barely visible. You have to look really closely to see the tiny dot on the disc. 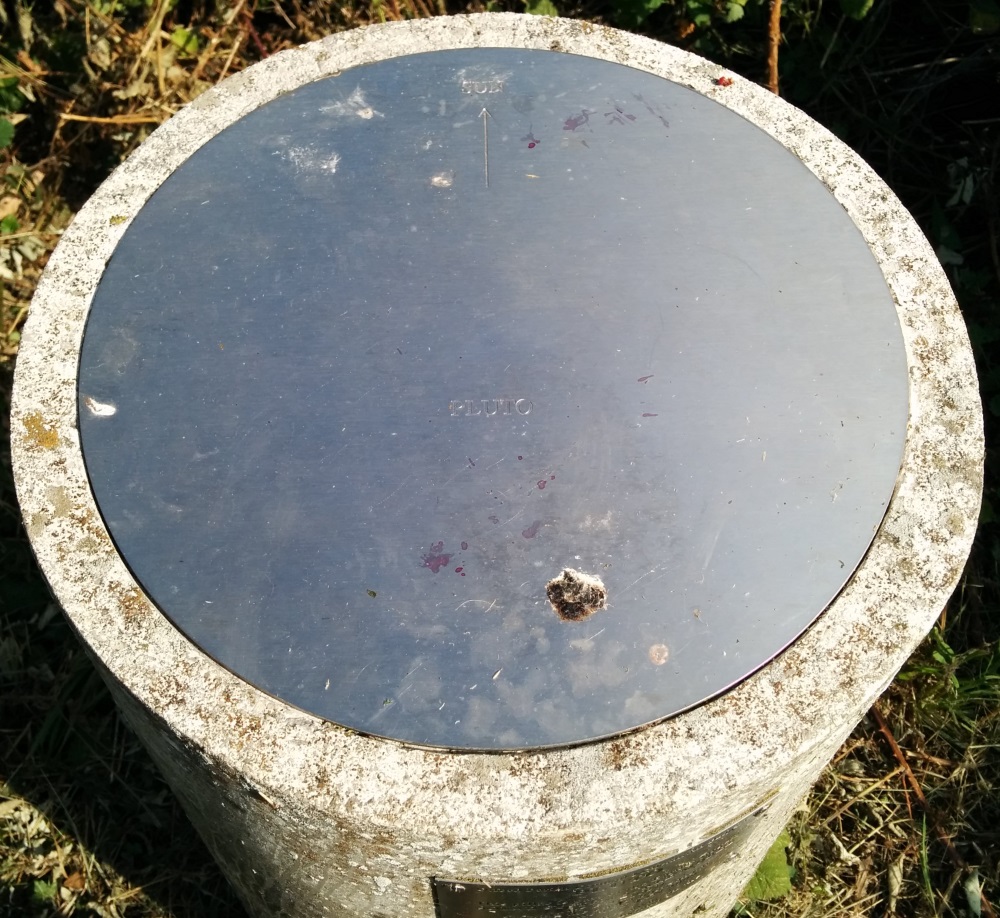