The hosted version of Shutdown Scanner (my service for monitoring how many of your computers have been left on wasting power) has now shut down. How meta. 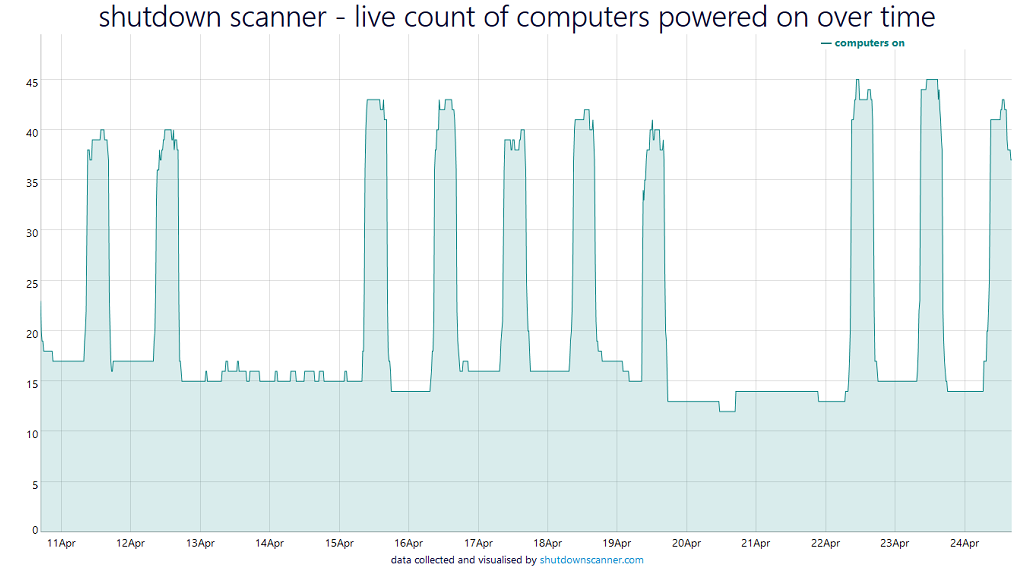 It simply didn’t have enough users to justify keeping it running and it’s time to move on. Everyone needs a few failed startups under their belt. :)

I have plans to open source it and port / rewrite it for .NET Core / Xamarin, for cross-platform support. The reason for this is that if you’re self-hosting then you probably want to run it on a low power device, that you might already have lying around. Something like an unused Raspberry Pi (running Linux) or an old smartphone. I tested the .NET Core support while writing my book on it.

It would be ironic to run a power-hungry computer to measure how much energy and money you’re wasting. This was the rational behind my related Raspberry Pi electricity monitor project. I now feed this data into emoncms, but still run it on a Pi.

To keep things lean, whether I do this work depends on if there is enough demand. If you are interested in this then sign-up to the email list at ShutdownScanner.com. This way you will hear about progress and also indicate that it’s worth doing.