The Visual Studio 2017 Release Candidate was recently previewed so I’ve tried it out, on an old 1 MacBook Pro (as I wouldn’t want to take out my main work machine). It’s running Windows 10 Enterprise 2015 LTSB, as I find the Long Term Support Branch more stable (and less annoying) then the standard editions. I went for the Enterprise version of VS because, ENTERPRISE ALL THE THINGS!.

The core editor clocks in at 738 MB. Core is such an overloaded word, but then naming things is hard. 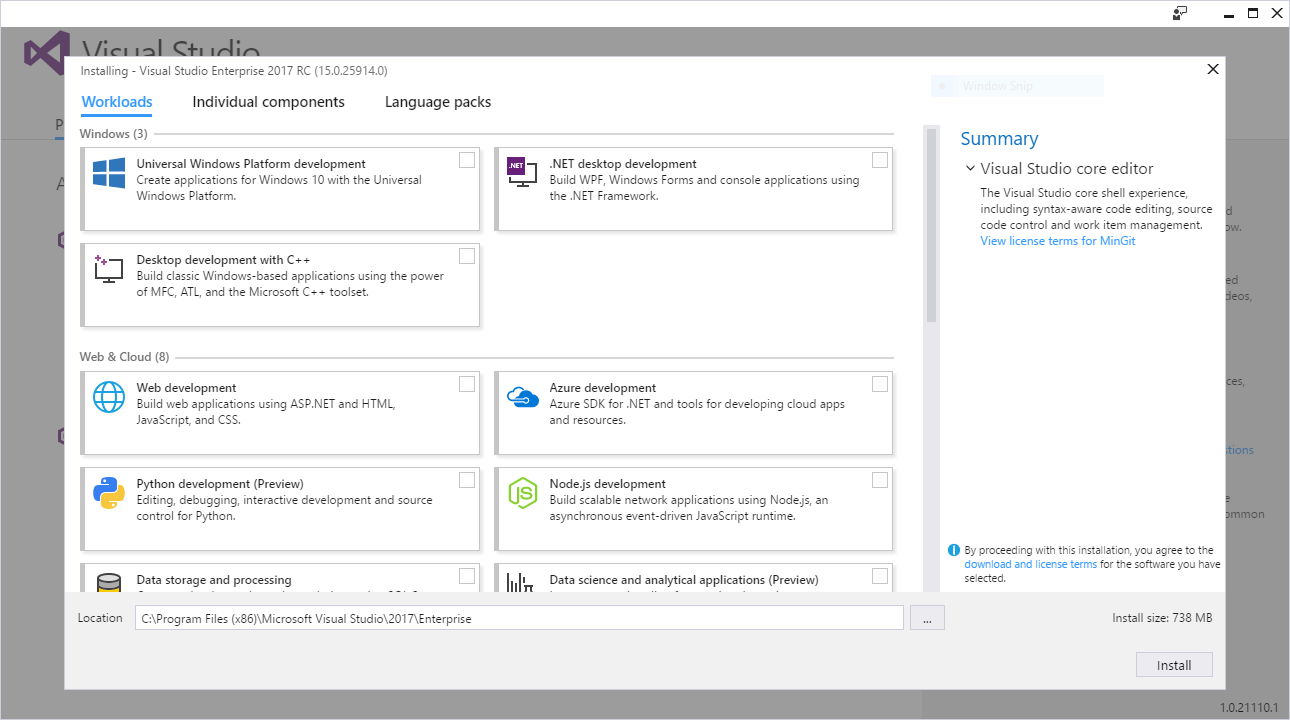 Of course, select a few things (such as .NET, .NET Core and Xamarin) and you’re looking at more like 20 GB. 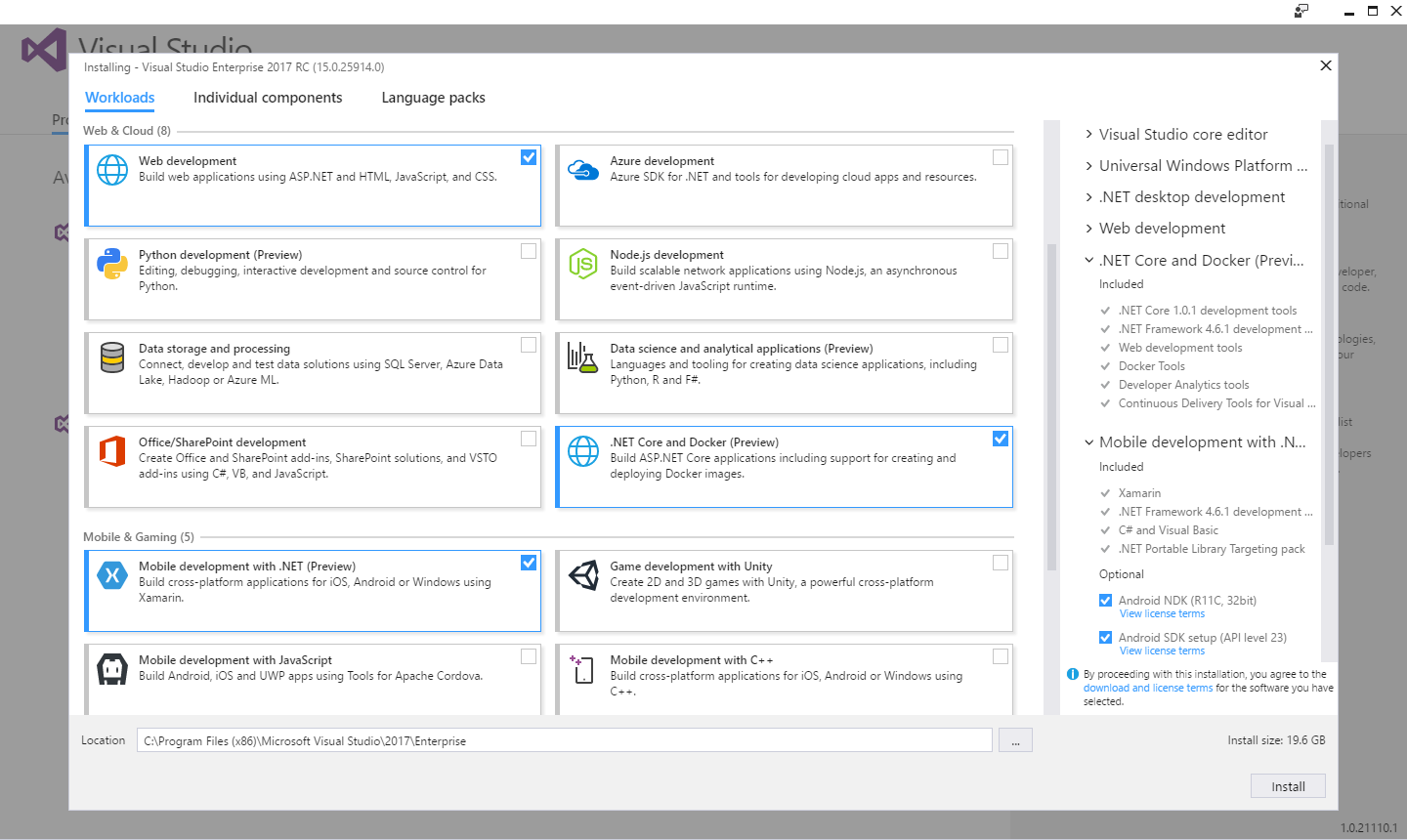 Then go do something else. My install took well over an hour. My internet isn’t the fastest but the download finished well before the install did and this is on an SSD. 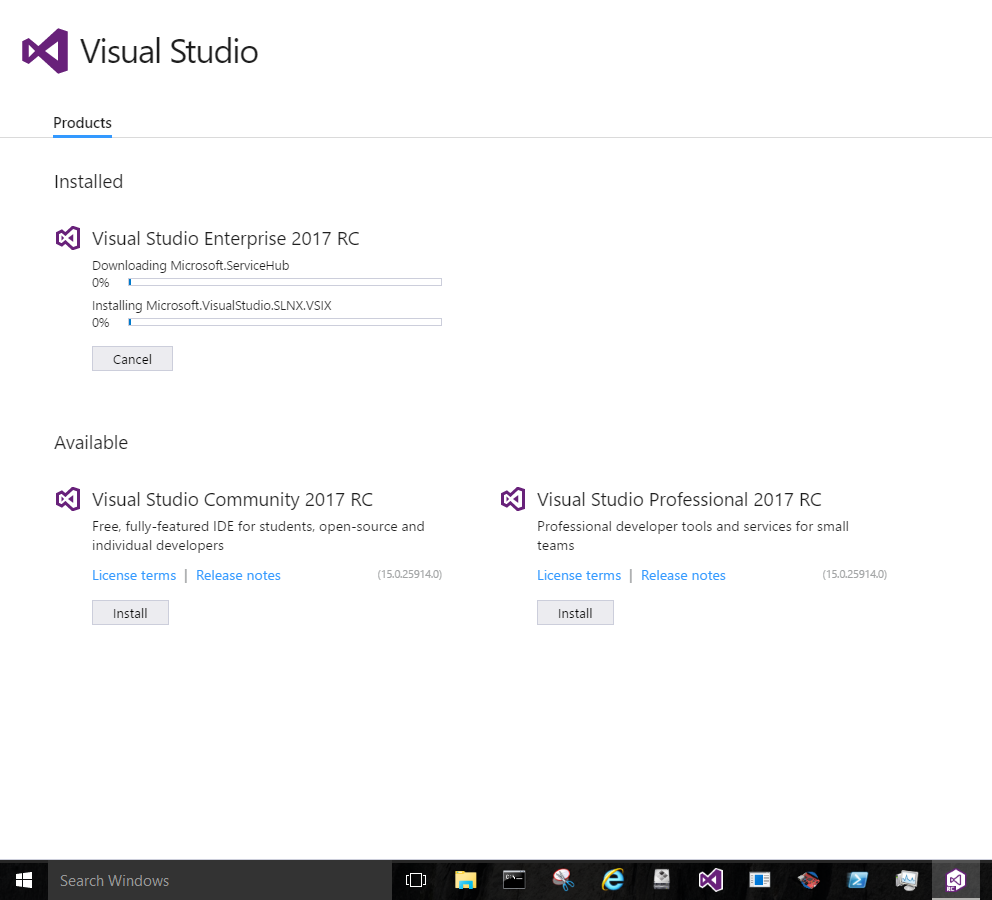 It also requires a reboot, which will take a while to update things.

After this you can get started. Although, if you pin it to the task bar you’ll end up with two icons. 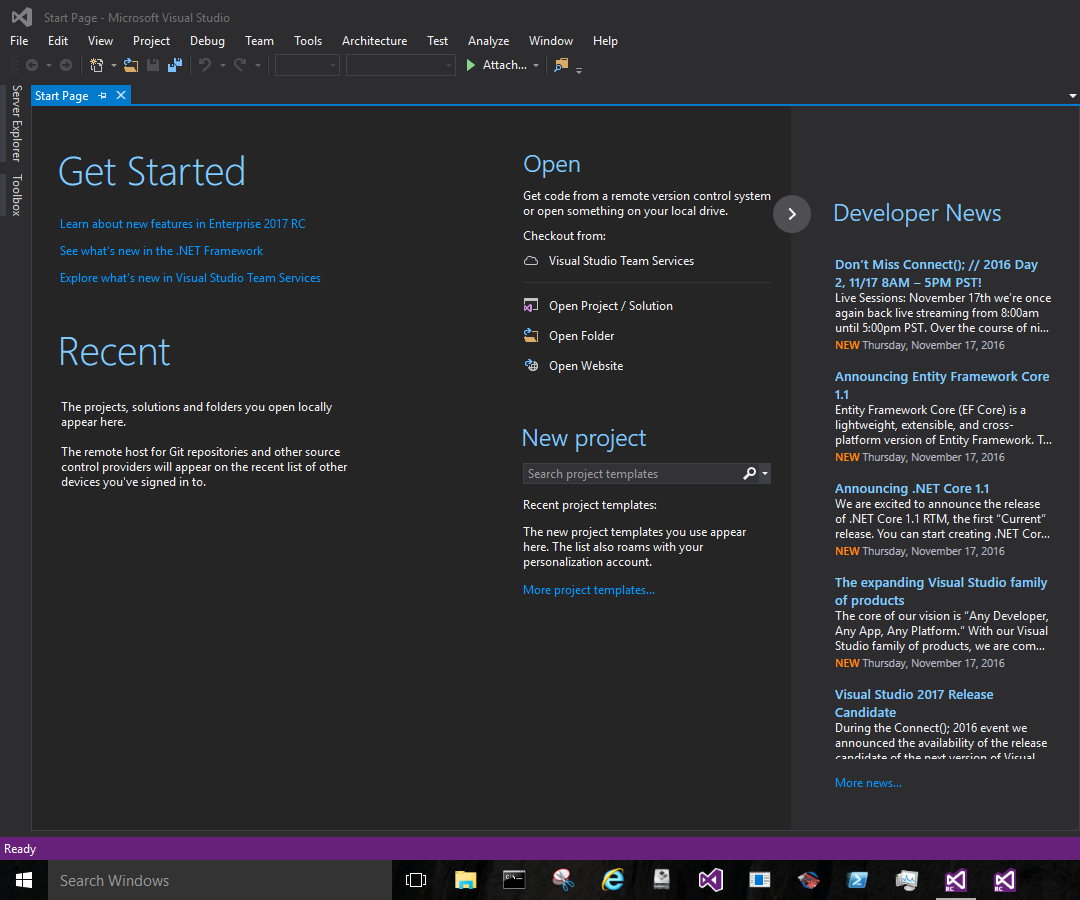 There are plenty of templates to get you started. 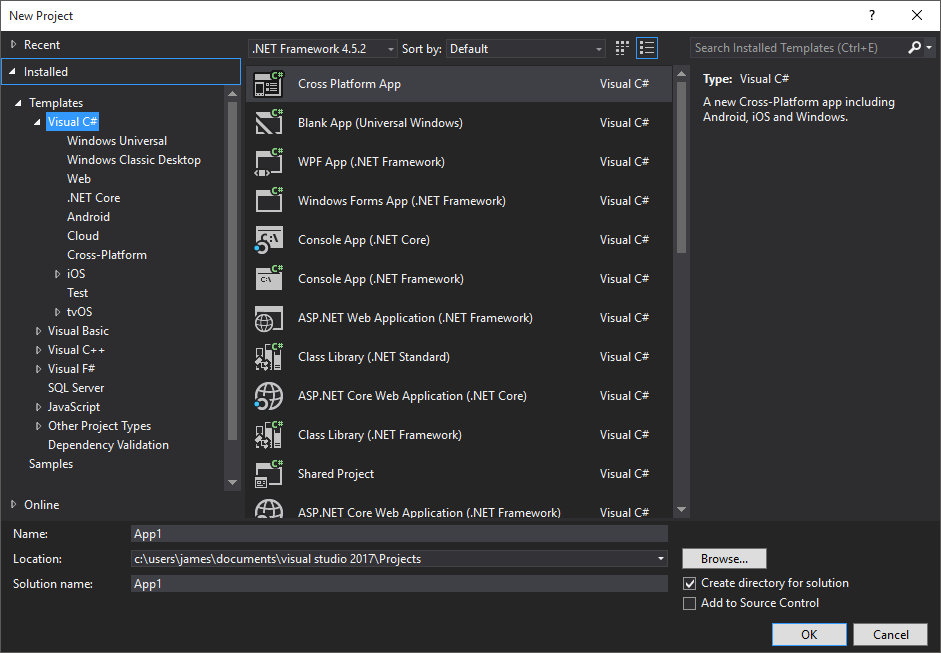 I created an ASP.NET Core Web Application with a .NET Core base. 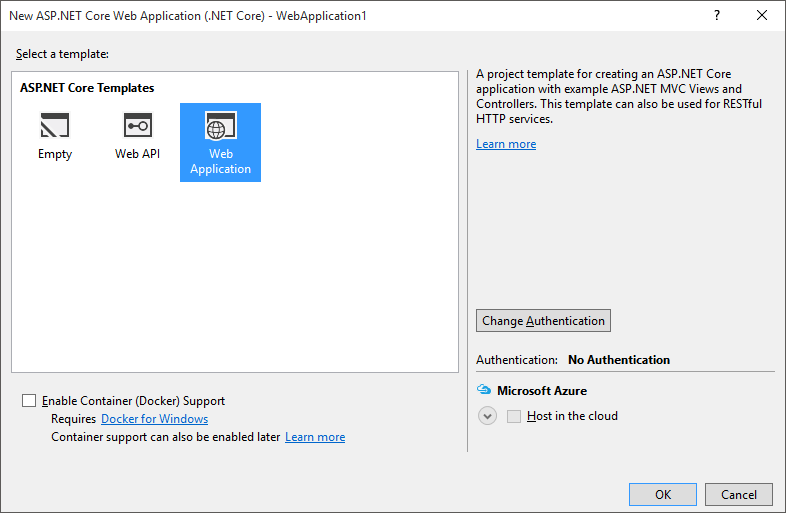 This template uses the new (old) XML .csproj as Visual Studio for Mac also does. Unlike older version of VS, you can now open this file without unloading the project. 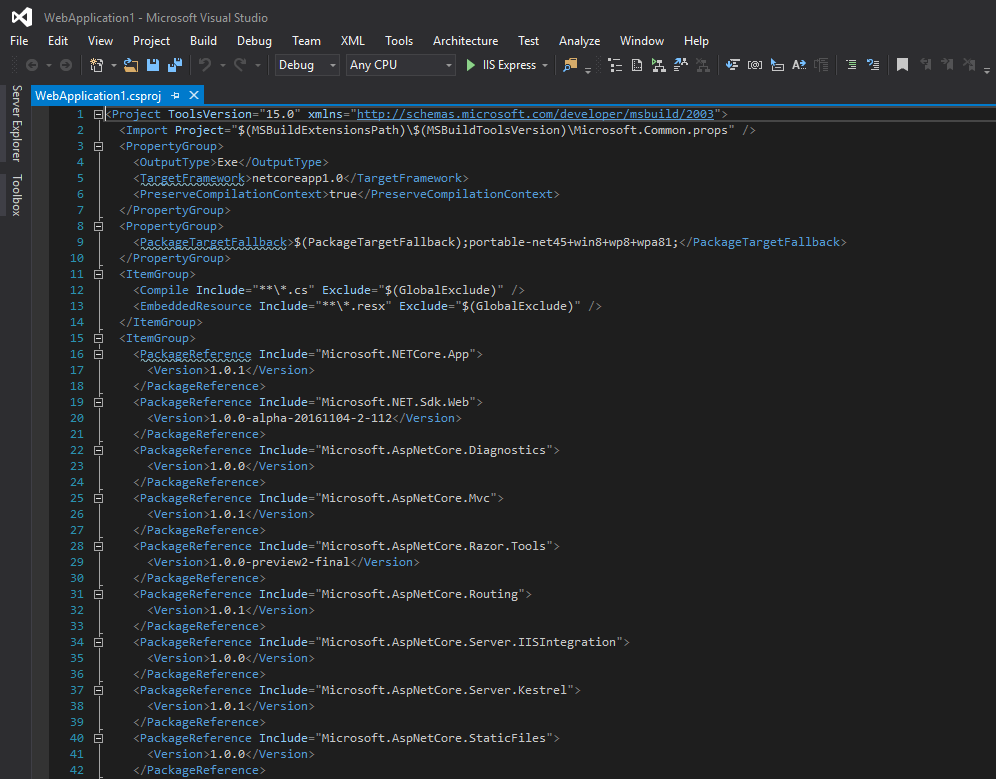 You may want to update to the current version of ASP.NET Core (1.1). 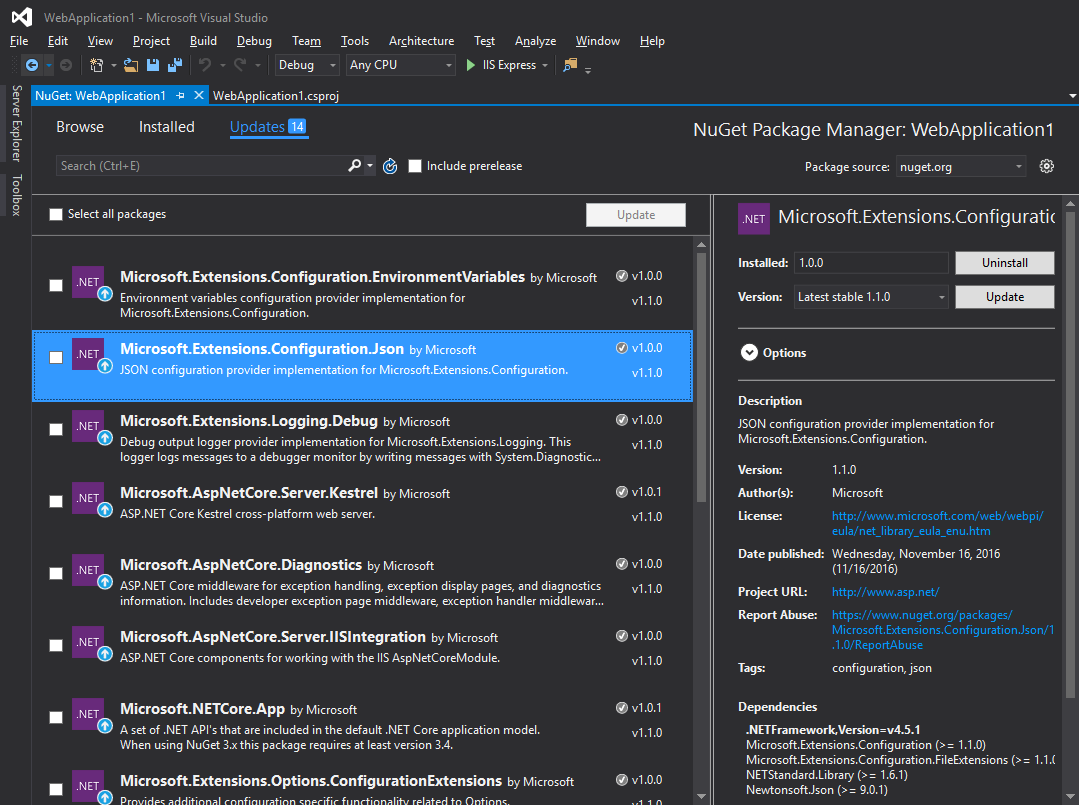 There is a new Review Changes confirmation when you update packages, although this can be hidden. 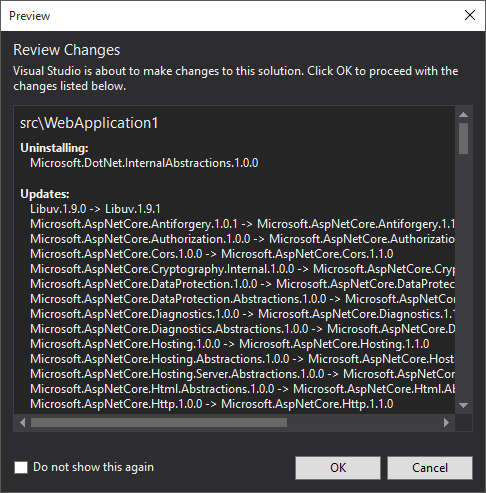 However, the update may not go smoothly the first time. Not that it did in Visual Studio for Mac either. 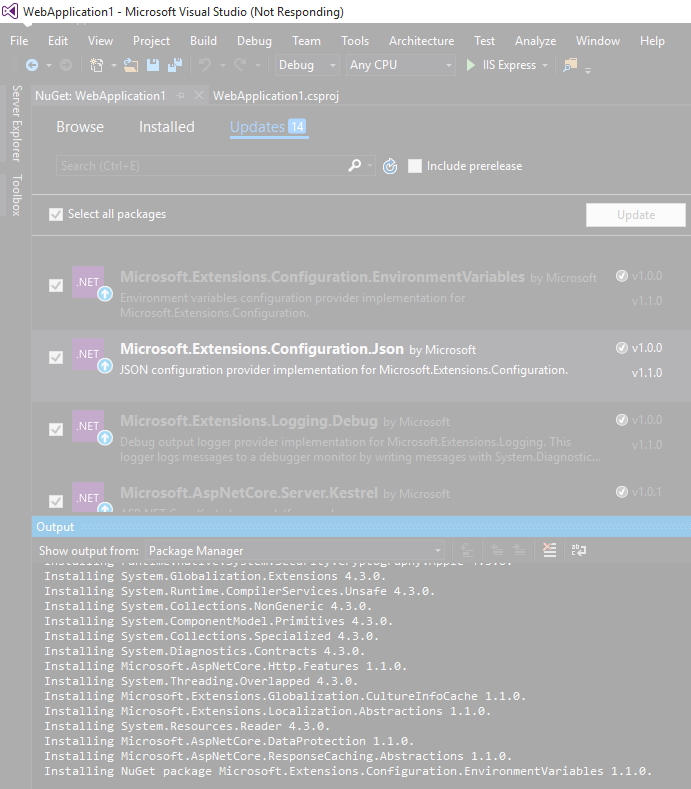 A relaunch later and we’re back in business. 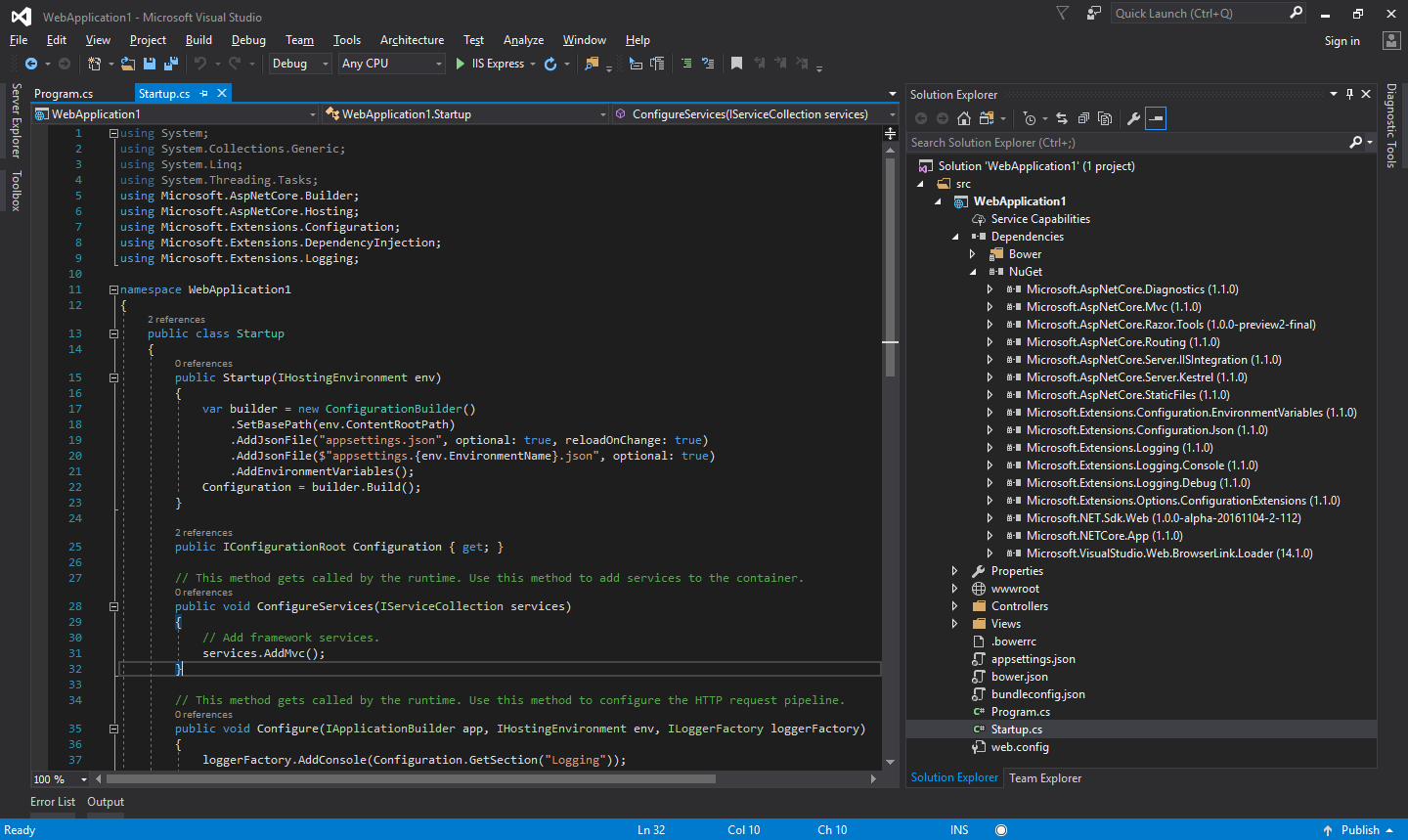 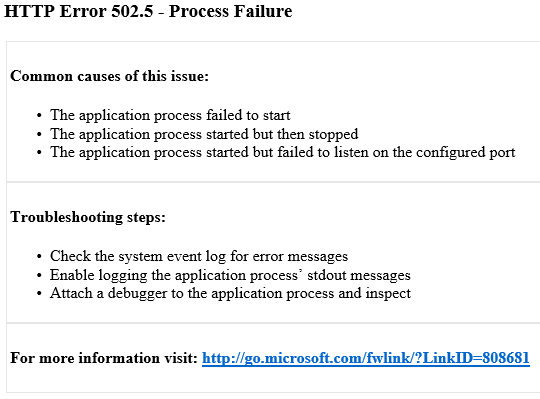 Not a great first impression. VS for Mac had issues but I could at least get something running fairly quickly. I might give this one a bit more time in the oven.

It’s probably worth sticking with the Long Term Support version of ASP.NET Core (1.0) until the tooling is ready. You can use VS 2015 Community if you’re on Windows or the CLI tools and VS Code on Mac / Linux. If you’re interested in ASP.NET Core or just want to build web applications that achieve high performance then you may like my book.