There is a new preview version of .NET Core 3.0 out (preview 5) and I’ve been giving it a kick like I did the last one. Not a great deal has changed this time but that is good, as we now know that .NET Core 3.0 final will be released for General Availability in September (with the first Release Candidate in July). This will be closely followed by the Long Term Support version 3.1 a couple of months later.

The bigger news is that there will be only one .NET in the future. The legacy .NET Framework 4 will be retired and the next major version of .NET Core after 3 will be re-branded as .NET 5. I think this is a good move as the naming has been very confusing, particularly for those new to .NET.

These two images from the official announcement explain the plan well. It would appear that ASP.NET Core will also drop the Core branding. This may be confusing, as the original name for ASP.NET Core was ASP.NET 5! 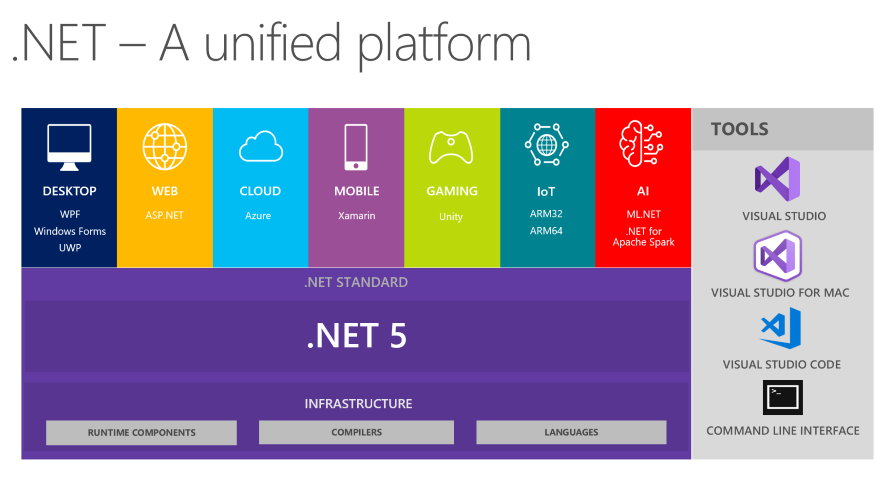 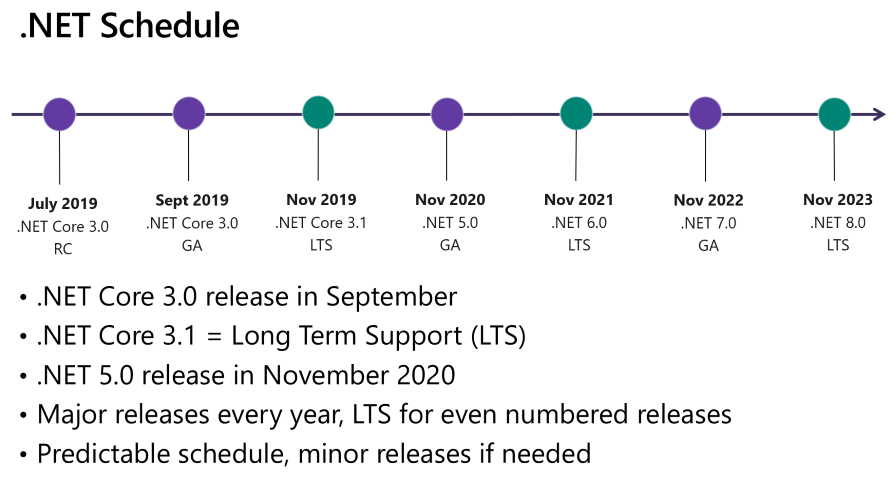 I’ve put together this graphic to help illustrate how the frameworks diverged and will merge again. However, it’s not a merge in the technical sense, as .NET 5 is .NET Core and it’s fine to still call it that. .NET Core was a fresh start and will implement most (but not all) of the features from .NET Framework.

Your Planet Needs You