I’ve written previously about using the new mobile app install banner in Chrome. It’s possible to test this by setting a flag (chrome://flags/#bypass-app-banner-engagement-checks) but I experienced some weird edge cases so I did a bit of digging (the beauty of open source). In InstaBail I found that the banner would show even after installing to the home screen so I went to discover how this feature works. 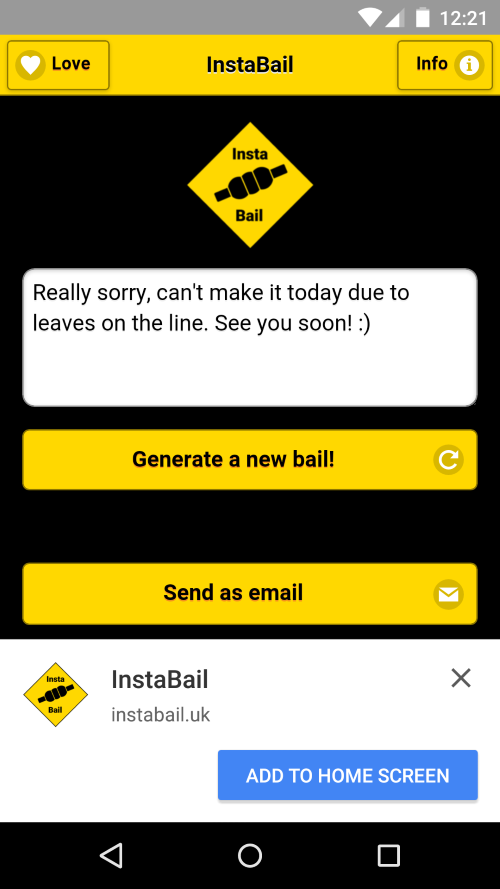 Here is the (nicely commented) file that contains the banner engagement checks that determine if and when a banner is shown to real users. There is also some very useful discussion on this bug report. It seems that chrome can’t tell directly what web apps are on the home screen. So all it can do is remember when an app was launched from the home screen and you need to clear the history to forget this. So if you’re testing this and switch to the full screen app (without launching it from the home screen) then you may see the install banner in the full screen app. This shouldn’t be something that happens for real users often but can be a bit confusing when you’re testing.

You can also adjust the colour of the status bar by using the meta theme-color tag. This doesn’t just show in the app switcher toolbars as shown in that blog post but it also colours the Android status bar at the top of the screen. 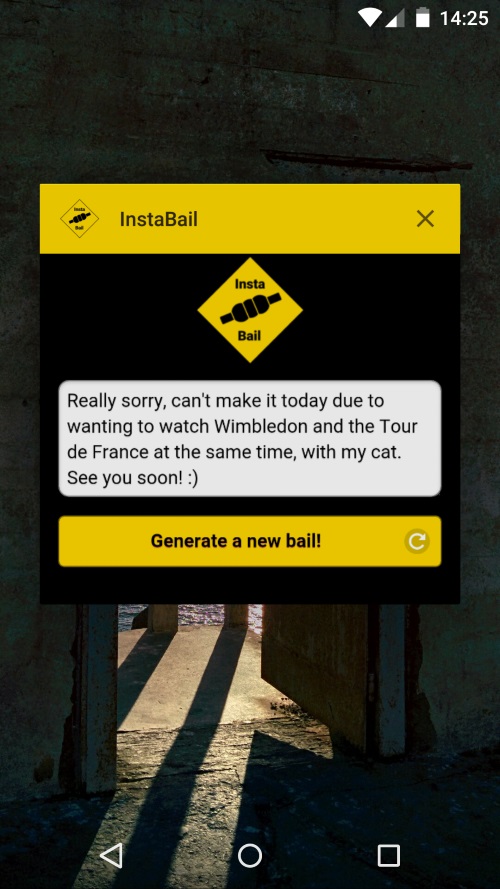