A personal hero of mine is Michael Faraday. A self-taught scientist who practically invented the field of electrical engineering. He also started the Christmas Lectures for young people, which are still going almost 200 years later. I was lucky enough to attend one of these, quite a while ago now, but you can also watch them on TV or online. This year the lectures will cover the topic of energy.

Faraday is often attributed with a famous quote about taxing electricity, but this probably didn’t happen. By all accounts he was a modest man and even refused a knighthood (much like Danny Boyle). This may explain why he is less well known than Edison or Tesla. However, when I was in Zagreb I only found a small plaque (click the picture for the location). Tesla was born in what is modern day Croatia but there are many more monuments in London to Faraday. 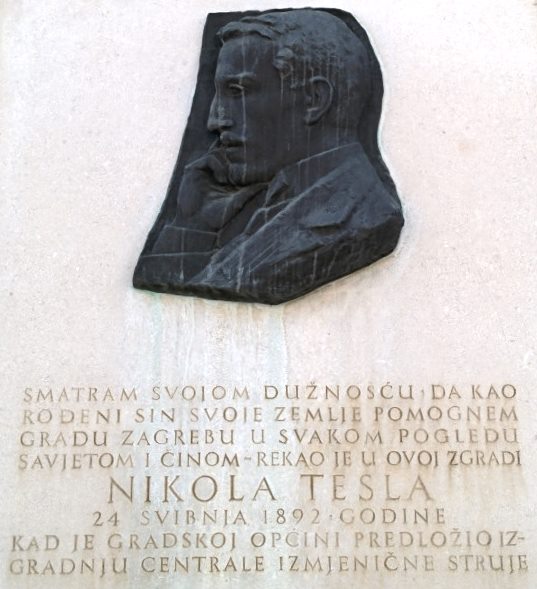 A good place to start is the Royal Institution where Faraday worked and the Christmas Lectures still occur. There is a museum that includes his old laboratory. There was a corporate event on when I went but I still managed to have a look around and entry is free. The nearest Tube is Green Park but you could also walk from Piccadilly Circus. Click the image to go to an interactive map.

There is a walk you can take from here but there are also many other landmarks related to Faraday around London. There is a statue outside the London building of the Institute of Engineering and Technology (IET, previously the IEE). Not their HQ in St. Evenage, which has a very apt name.

The statue previously looked like this but the building has recently been renovated. 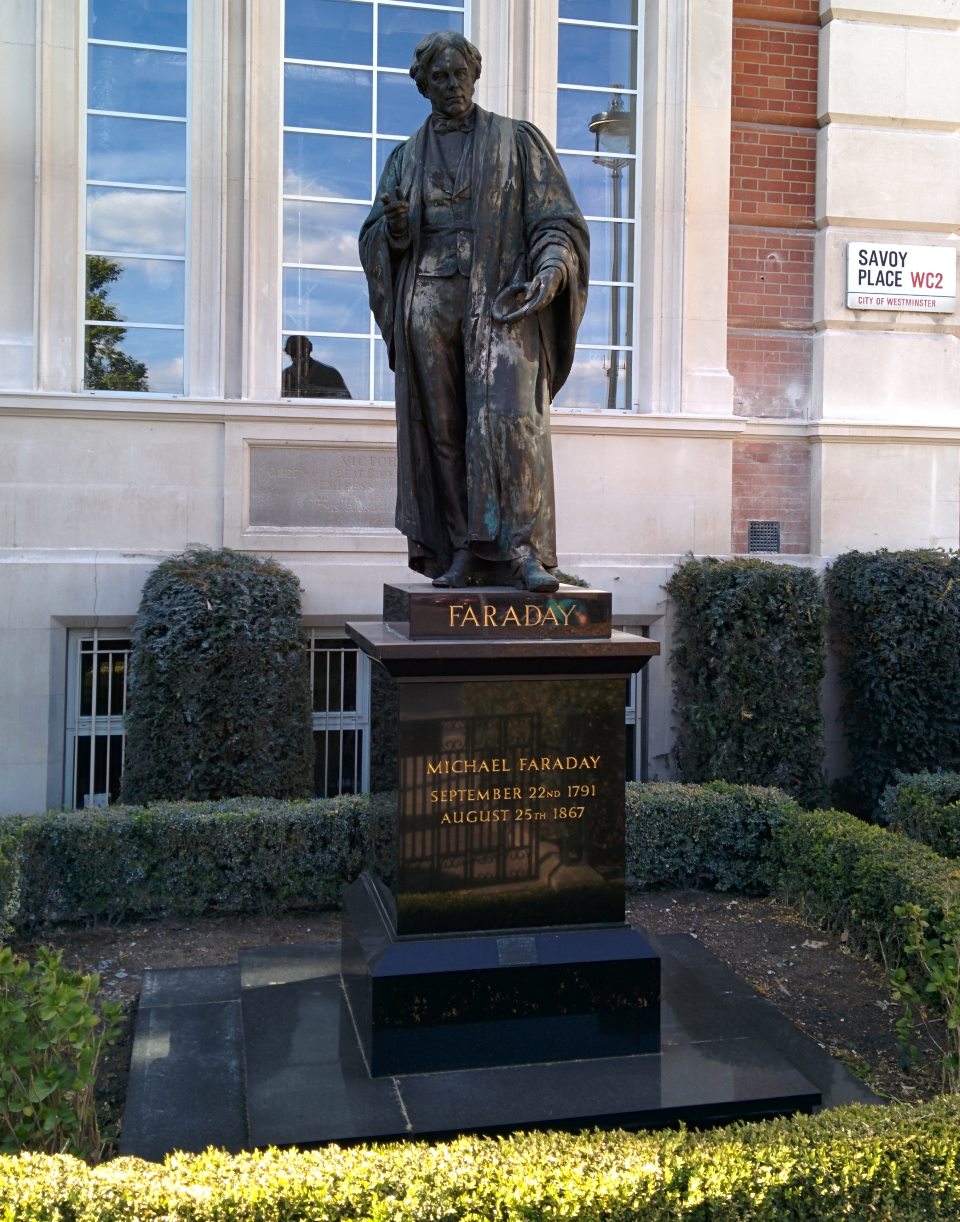 Faraday has been given a polish too. 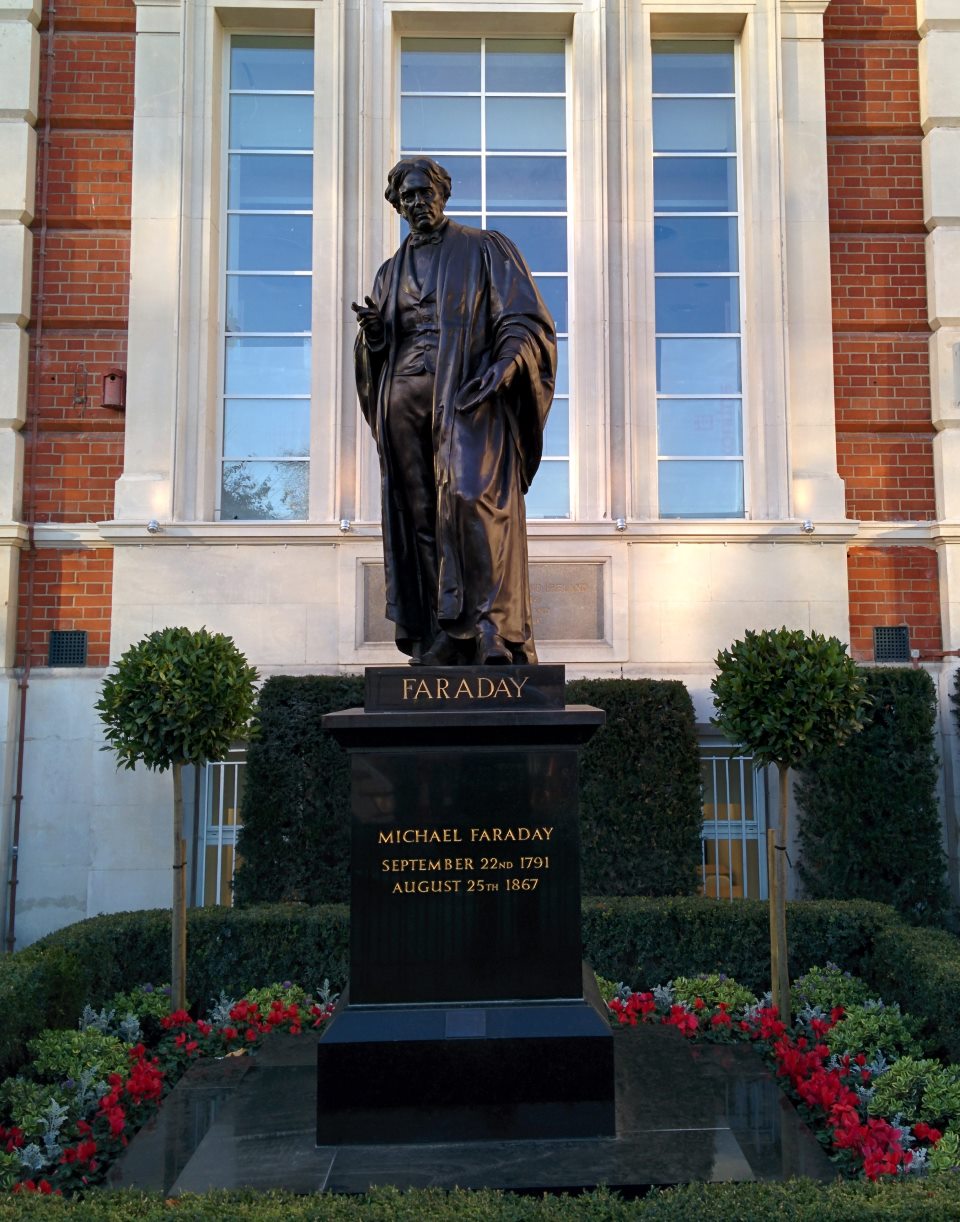 You can find this monument near to Waterloo bridge and Somerset house. You can walk from Embankment or Temple Tube. 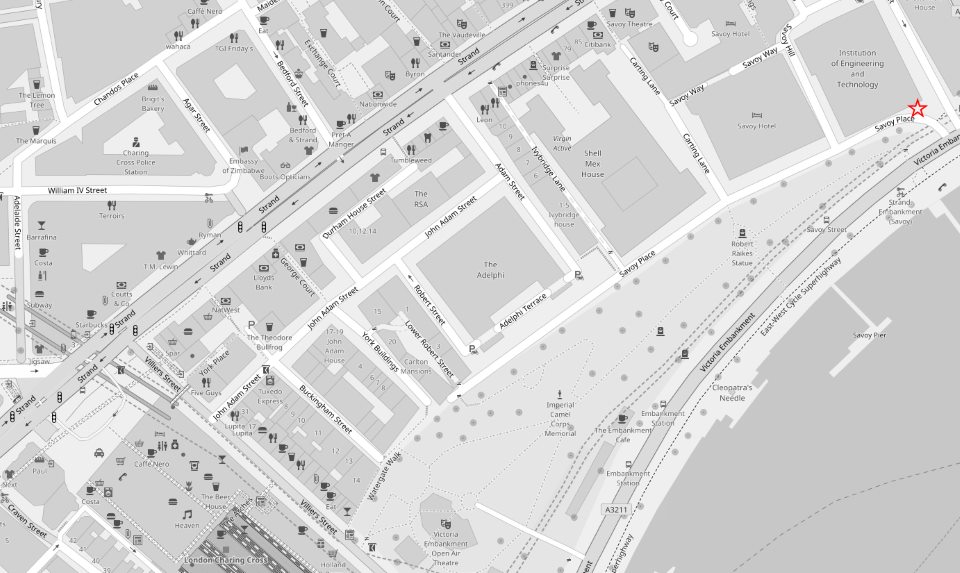 Faraday was born in Newington Butts, which is now part of Elephant and Castle. The gyratory there has recently been renovated but the memorial was preserved. Probably because it houses an electrical substation for the Tube, very apt. 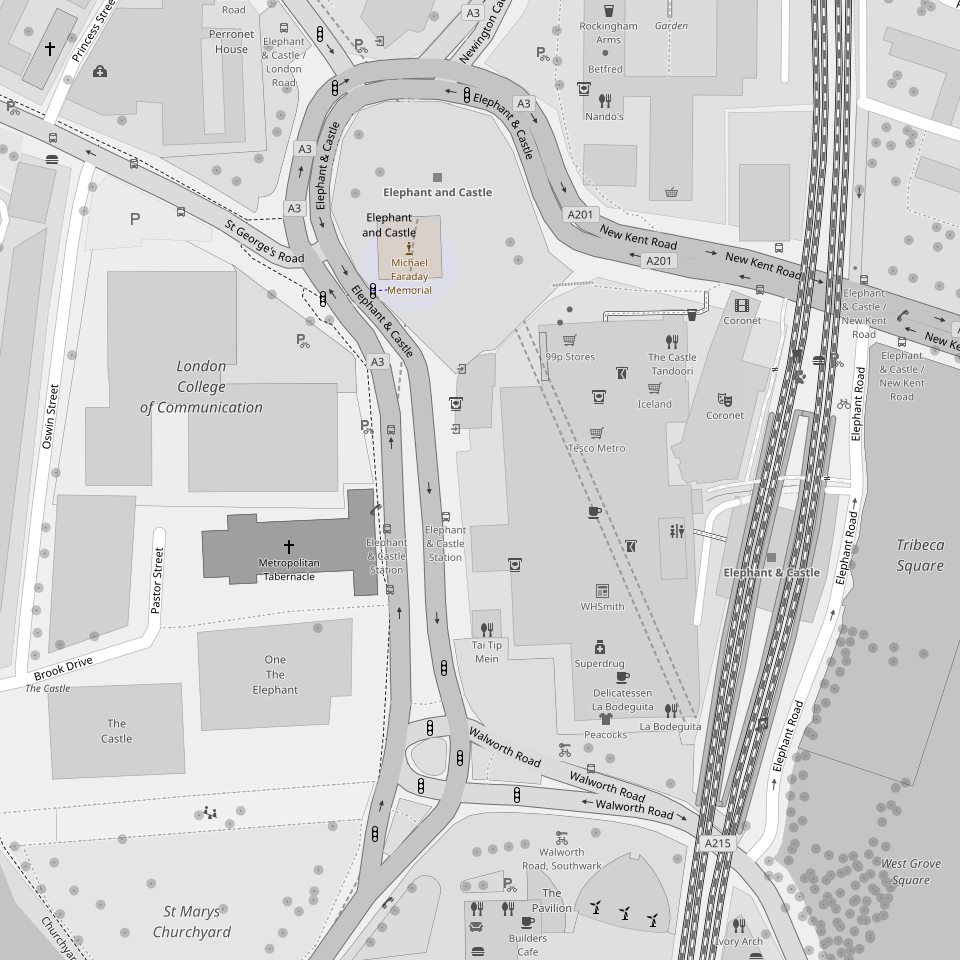 Trinity Buoy Wharf is the location of London’s only lighthouse and Faraday’s workshop. Today it is full of art studios. When I was there something was being filmed but normally is it open and you can look round. There is a diner and cafe but it is a bit of a mission to walk to. Probably best to walk along the river from East India DLR.

Faraday is buried in Highgate Cemetery with many other famous people (some in thick lead lined coffins). It’s a little macabre but it’s quite a pleasant place to walk around. The park is nice too and you can walk to Hampstead Heath after to go wild swimming or climb Parliament Hill for some good views of the city. Archway (on the Northern line) is probably the best Tube to arrive at. 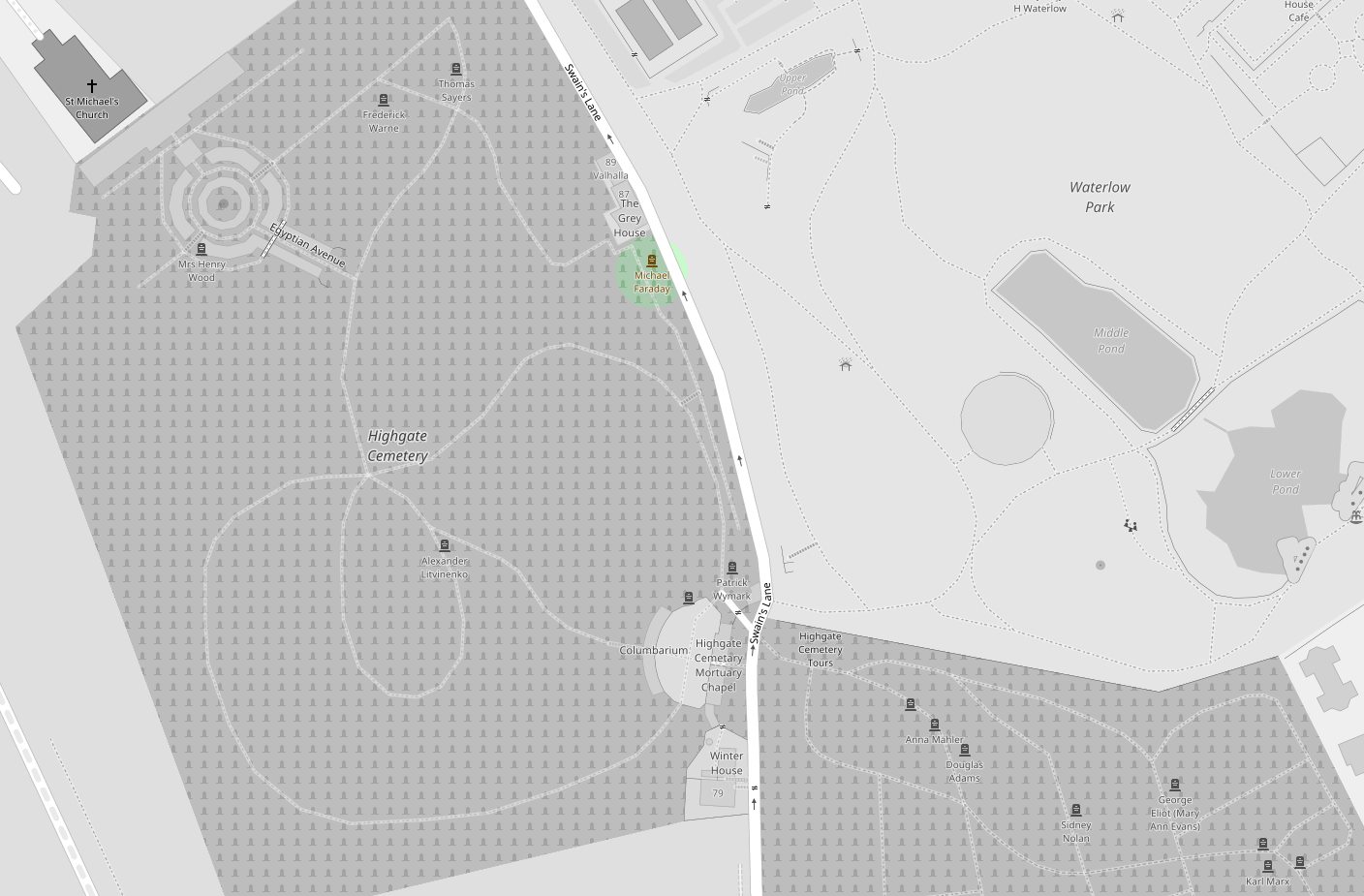 Finally, the Faraday Building was the Post Office’s first telephone exchange in London. Now run by BT, it is a large building close to St. Paul’s Cathedral. It’s a bit of an eyesore and directly led to the laws protecting the vistas of St. Paul’s. It’s still a major internet exchange and you can often see it when you trace a route through BT’s network. I cover why and how to do this in my book.

On AWS vs Azure, Vendor Lock-In and Pricing Confusion - Part 1