Bret Victor put it well when he said:

I think he’s right and so do many others. It’s simply a matter of how quickly we will transition. On the same page there’s an interactive model for when it’s best to scrap old cars. So, why should your new vehicle be an all electric one?

A Electric Vehicle (EV) has a beneficial impact on many areas:

This is the positive impact that gets the most attention, but how you produce the electricity for charging clearly makes a big difference to how green it is. The key thing is that EVs decouple generation from consumption.

You can use renewable energy or charge when there is low grid demand (such as overnight and at weekends) 1. You don’t need to pump things out of the ground and burn them. Even when the grid has a mix of renewable, nuclear and fossil fuels this is better than only burning oil 2 3.

One definite benefit that’s related to the previous one is air quality. Exhaust emissions don’t just cause global warming, they also damage your health. Particulate Matter (PM10 / PM2.5) and Nitrogen Dioxide (NO2) fumes kill thousands of people a year in a big city 4. These pollutants mainly come from diesel vehicles and this is an even bigger problem when the manufacturers cheat the tests 5 6.

Even if you’re burning fossil fuels for power, you can do this away from population centres. The economies of scale for this centralised generation also make it easier to scrub toxic gases at the power station.

An often ignored benefit is that EVs are quiet. Not so quiet that you can’t hear them coming, and louder than a bicycle, but still much quieter than Internal Combustion Engine (ICE) vehicles. This is much more pleasant for people, both inside and outside the vehicle.

EVs are much cheaper to run than ICE vehicles as the maintenance and fuel both cost less. Electricity is very affordable, especially at the off-peak times when you will likely be charging. You can travel hundreds of miles for pennies and there are even free chargers available. EVs are also mechanically very simple so there is less to maintain or go wrong. 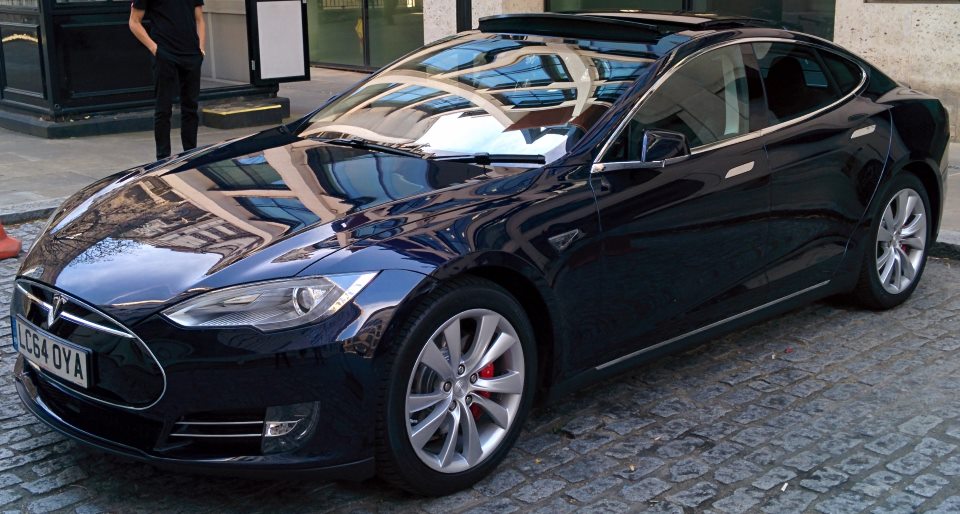 Electric motors have amazing performance compared to combustion engines. Good energy storage was the missing link and that has now been solved with modern batteries. A tiny electric machine can produce a lot of power. You have probably never noticed the motors on an electric train as they are so small they are built into the wheel hubs. The basic motor in a Tesla Model S is about the size of a grapefruit (although the optional performance motors are bigger) 7. This leaves lots of space for other things, for example storage in the front where an ICE would normally be. 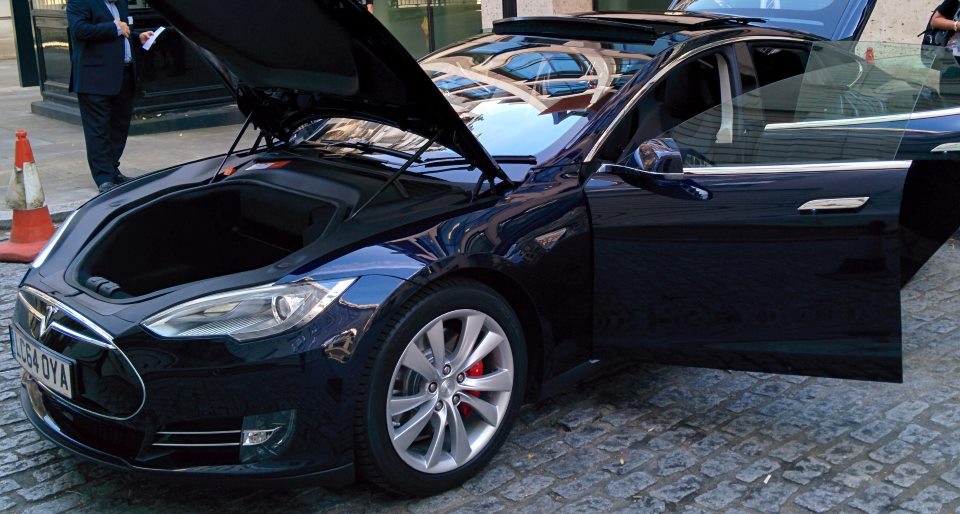 The extra space upfront allows for a larger crumple zone. This enables the car to absorb the energy of a front impact better than if there was an engine block there.

The batteries are typically situated throughout the floor of an EV. This lowers the centre of gravity, which improves handling and makes it harder to roll it over.

Fully autonomous self-driving vehicles promise big safety benefits too but this is a separate discussion to the powertrain. I expect that by the time completely autonomous cars are commonplace that they will mostly be electric.

There are concerns that the lithium-ion batteries normally used are flammable. However, petrol (gas) is highly flammable and people don’t seem to worry about speeding around sitting on a tank of that. We also carry these batteries around in our pockets most of the time.

The main perceived problem with EVs is often termed range anxiety. Understandably, people don’t want to run out of charge and get stuck somewhere. Yet you can easily run out of liquid fuel too and we deal with this. The main difference is how long it takes to refuel and charging an EV fully takes time. However, rapid charging can fill an EV to 80% in half an hour and you may be stopping this long anyway.

Normally you can simply charge overnight and be fine. Some models of EV have an impressive range on a single charge of hundreds of miles. These tend to be the expensive models though. Lower cost EVs normally have a shorter range but can be cheaper (purchase and running costs combined) than conventional vehicles. There is a great site from MIT called Carboncounter that evaluates cars against climate targets and total cost.

Clearly, there are already far more power outlets than fuel filling stations. So the growth of car charging points is only a matter of time. The grid is almost everywhere and there are already a lot of chargers 8. Tesla will even install one for free if you own a popular destination 9.

There are many touted alternatives to EVs but none of these appear to be ready for the mainstream. EVs are here now and already suitable for most uses.

Hydrogen fuel cells have been promised for a while. They are quick to refuel and you can easily manufacture the fuel with water and electricity. This is one of the only hydrogen filling stations in the UK, at NPL. 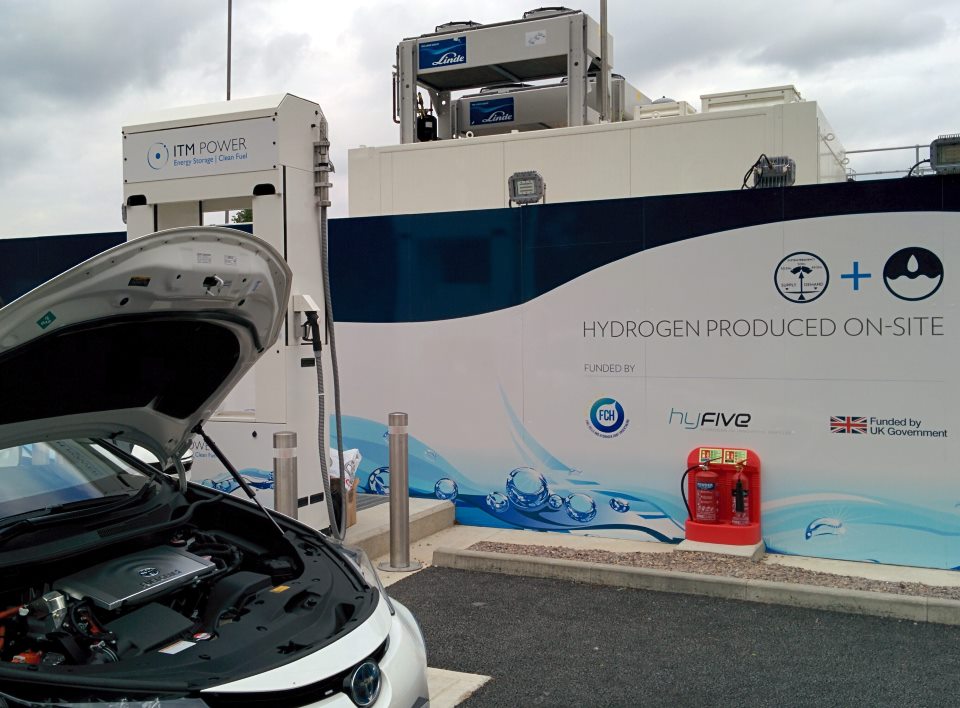 However, there are hardly any filling stations, hydrogen is flammable (airships now use helium) and it’s leaky. Hydrogen is so small that it is hard to keep it contained and it will leak out of most tanks over time. The cars are very expensive too. 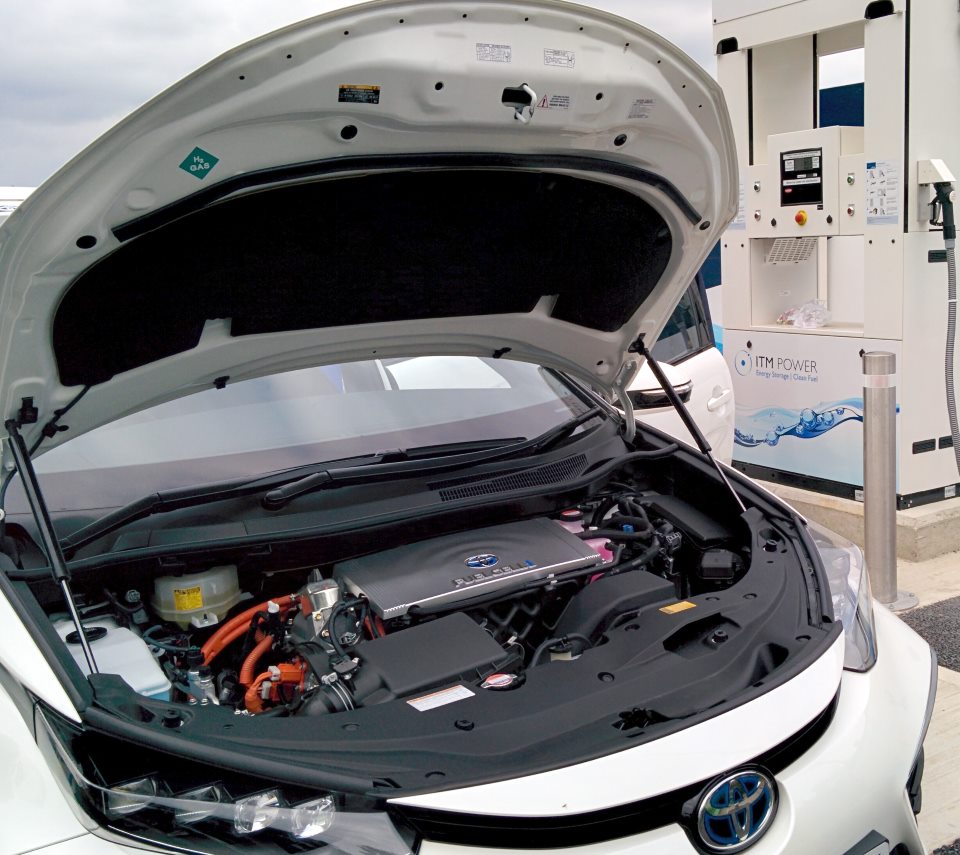 If you can manufacture hydrogen couldn’t you also synthesise denser liquid fuels with clean energy and put them in existing vehicles? There are prototype plants that do this but it’s more expensive than drilling for it and it doesn’t address the air quality issue.

You can buy or rent an EV today and enjoy the cheap green power. They are inevitable, and some are already cheaper to buy and run than a normal car 10.