So, it’s finally official that Microsoft are acquiring GitHub. Overall, I think this is a positive strategic move for all concerned, but time will tell.

It’s not so long ago that MS bought Xamarin, which was a much more obvious purchase and surprisingly didn’t happen earlier. It’s interesting that they chose to install one of the Xamarin founders at GitHub and it’s a good move for easing developer concerns.

It looks like some people weren’t too happy with the acquisition. It may have been coincidence, but I got a flood of email alerts about downtime on some of my GitHub pages. My inbox looked like GDPR was happening again.

Neither the GitHub nor Cloudflare status pages showed any issues. 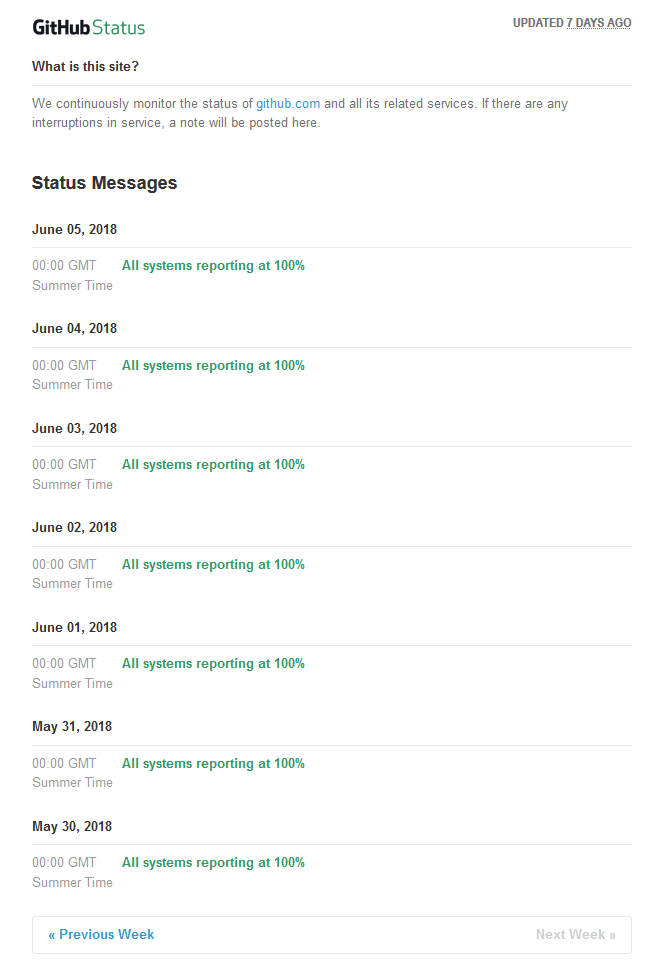 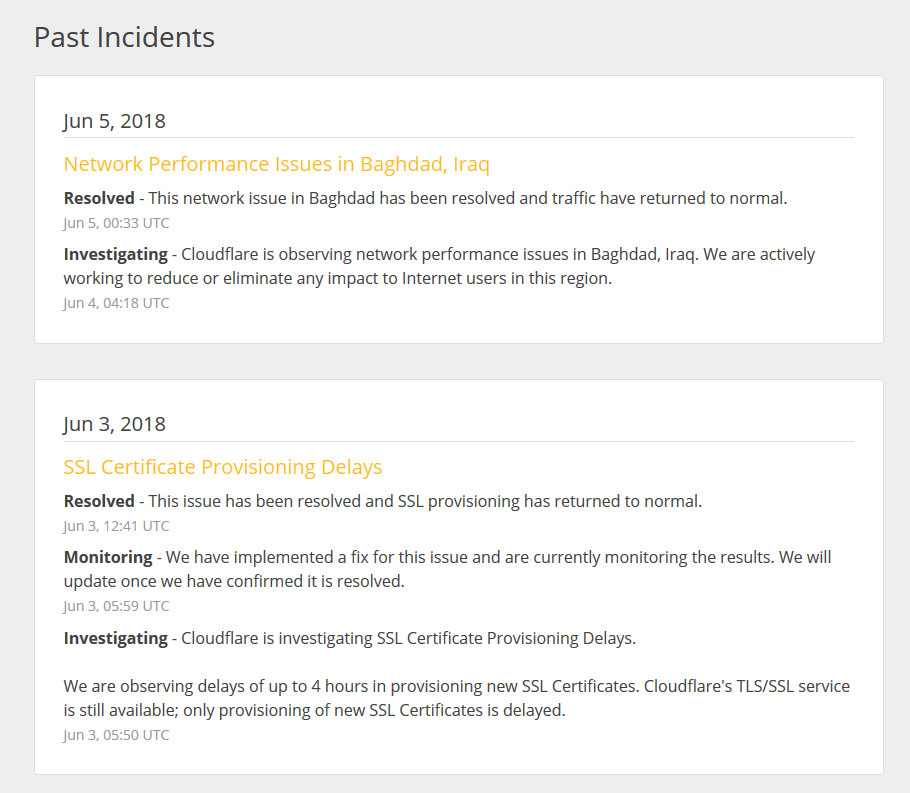 In case you’re wondering, I use Cloudflare to get HTTPS on custom domains.

There are clearly some product overlaps in the acquisition. What will the future hold for them?

Interestingly, it looks like Speaker Deck has been spun out from GitHub and isn’t part of the acquisition. This makes sense, as Microsoft already own SlideShare as part of their LinkedIn takeover and this way both can survive.

The most obvious is that MS already has a code hosting platform in VSTS/TFS, which is quite capable, although it has less of a public focus. CodePlex was MS’s version of GitHub and it has shut down.

I see no problem with both of these hosting platforms coexisting, as they are fairly different products. GitHub focuses mainly on code and has a social element. VSTS does a lot more than just hosted git. It’s like a mashup of Trello, GitHub, TeamCity and Octopus Deploy all in one. It handles everything from planning to production deployment.

GitHub is still a good option for public repositories, as it always was. If you’re looking for alternatives for private repos then both GitLab and Atlassian’s acquired BitBucket offer them for free.

The more interesting conflict is that GitHub and Microsoft both have competing Electron-based text editors. GitHub started with Atom and Microsoft followed with Visual Studio Code. Many would argue that VS Code is now the better product, at least in terms of performance. Or as good as it can be when you’re effectively running in a Chrome instance. The recent remove unused variables VS Code feature is a welcome addition but it’s a bit overzealous in its deletions!

I can’t see both of these continuing active development, unless Atom can be transferred to the management of an open source community. However, I could see Microsoft continuing to fund development of Atom initially just to make a point that they won’t interfere too much and ruin GitHub.

I predict much tighter integration with Azure and less attention getting paid to AWS support. Azure is MS’s main play and why they are so keen to attract developer mind-share. I wouldn’t be at all surprised if GitHub started to offer a limited number of private repositories for free. There will probably soon be an even easier way to link a repo to VSTS for builds and releases. Will there be free hosting for projects on Azure, including automatic HTTPS on custom domains?

Hopefully Microsoft will leave GitHub to run as a separate independent entity, like they did with LinkedIn. Although, LinkedIn didn’t have a good reputation that could be tarnished! If they try and integrate it too much or just reuse the popular branding, like they did with Skype or Nokia, then it won’t go well.

It will be interesting to see what happens to the stock price in the longer term. Just looking at the short term it was a free acquisition! Microsoft paid $7.5 billion in common stock, although they could have easily paid cash. The MSFT share price jumped up a couple of points following the news, which covers the deal by more than double. This is good news for the GitHub founders, who will be the largest individual shareholders behind Gates. Although, there must certainly be a sizeable vesting period.

Will MS attempt to buy another developer company soon? My money would be on JetBrains, but that clearly has a territorial aspect to it.