I’ve noticed that (an older version of) this project features in volume two of the official Raspberry Pi projects book (on page 108). It also looks like .NET Core will soon officially run on the Pi.

Previously on unop.uk, I wrote up my original Raspberry Pi Glowbe with some added detail that I couldn’t fit in the MagPi article. There were a few problems with the original that I have now rectified. Good timing, as winter is coming.

The first problem was that I couldn’t run the LED strip at full power as the Pi couldn’t supply enough current at five volts. I fixed this by soldering some wires to the other end of the strip and connecting them directly to the 5V supply, forming a sort of ring main. 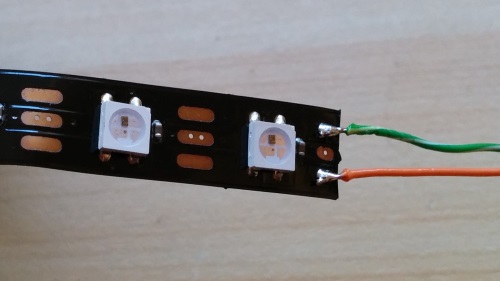 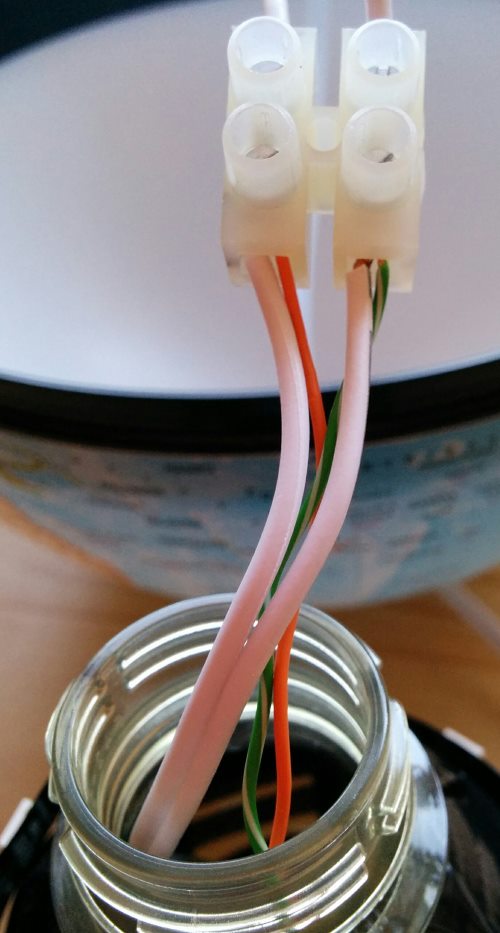 I can now run it at maximum power and get all the lumens! 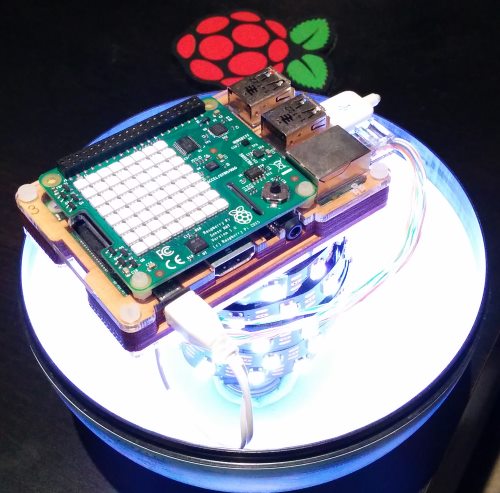 The WiFi was also patchy and kept dropping without recovering. And it uses more power than necessary, which could be used for more lumens. So I cut a cat 5 patch cable, threaded it in and crimped on a new plug. You don’t need to keep it connected constantly, only when the Pi boots (to set the clock with NTP) and when remote access is required. If there isn’t an Ethernet socket where you want the light to be plugged in then you can use some HomePlugs. 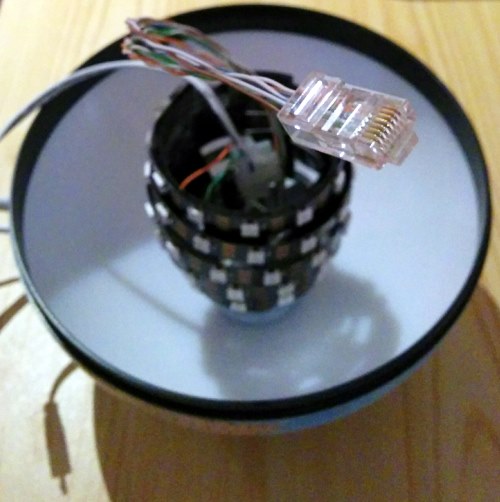 The Python source code that runs this is here. The guide is also written up on Hackaday.

The next step is to get it to adjust the wake alarm based on train delays. Although I can’t decide if it should wake you up early to give you a better chance of getting in or give you a lie in because you have a good excuse for being late. It could also wake you if there is an Aurora display worth getting up for, or at least simulate one if you don’t live somewhere northern and dark enough.

On AWS vs Azure, Vendor Lock-In and Pricing Confusion - Part 2

On AWS vs Azure, Vendor Lock-In and Pricing Confusion - Part 1