Having been inspired by this Blinky Tape blog post by the FT engineering team I thought I’d try to use mine to display some useful information. In this case how the trains and tube are running. So I’ve come up with a couple of python scripts (tested on a Raspberry Pi B+ but should work on other systems if you change the serial port name from /dev/ttyACM0).

The tube line status indicator uses the fantastic TfL API to get the standard set of statuses (underground, overground, DLR) and displays them with official colours on the tape. The LEDs are static if normal service is occurring and flash if there is any disruption. The following video shows a disruption on the Victoria line.

The main line trains indicator uses my Huxley project to access the National Rail live departure boards. Some calculations are performed and if there is disruption to the configured route or trains then the tape gently throbs red. The following video shows what happens when disruption is occurring.

The great thing about this method of passively showing information is you can just forget that it’s there and simply be alerted when you need to take action. No need to remember to check if there are any problems every morning. One less thing to worry about.

It also has the added benefit of after a bad night of trying to get home on cancelled trains from another successful Cleanweb event your windows are pulsing red. Which at least takes the edge off a very late night and makes you smile.

Here are some shots of setting up the script over SSH. I have it starting automatically in the background on boot up. 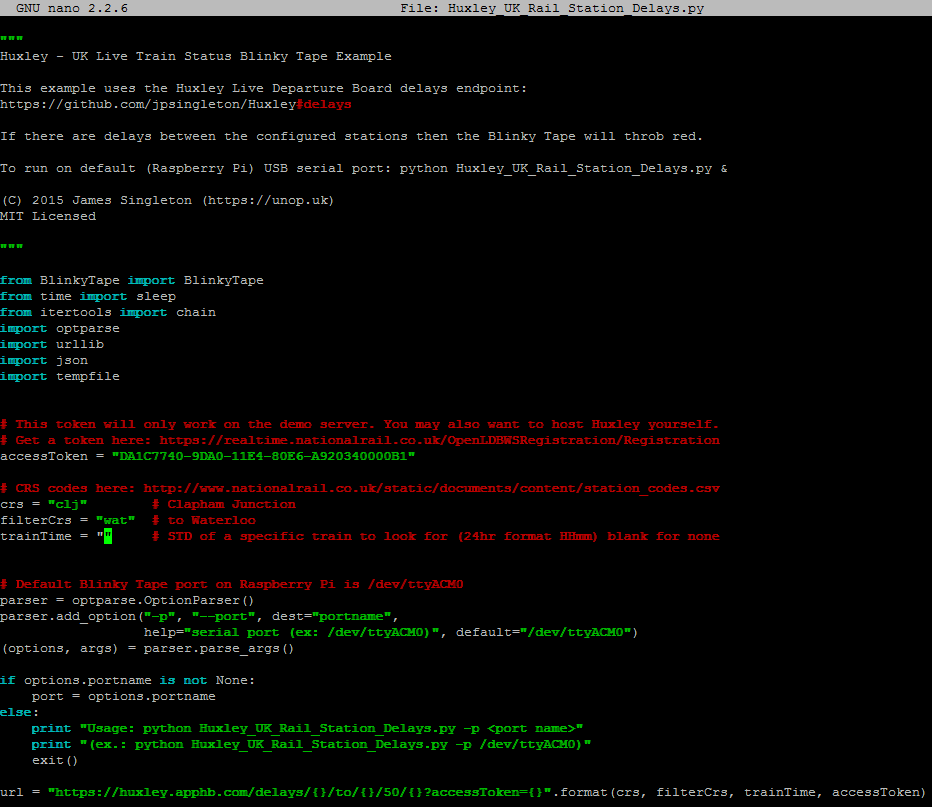 Future ideas include linking the tape to my Raspberry Pi home power meter to display how much electricity is being consumed and using a weather API to show if you need to take an umbrella out with you. If you want to hear about future projects then feel free to follow me on GitHub and Twitter.