Microsoft have opened two new Azure locations in the UK (Cardiff and London). However, I’m not sure they know exactly where these cities are, judging by the map (edit: they’ve fixed the map now). At least these are named slightly more sensibly, despite both Cardiff and London being at pretty much the same latitude.

Amazon has committed to a UK AWS region too and it should be here soon. They may need to rethink the EU name though (because Brexit). Unfortunately, it’s not going to be their third EU region for long!

If you’re interested in these topics then you may want to take a look at my book. I demonstrate how to measure the latency and route taken between your servers and any APIs you use.

The two Europe regions in Azure are pretty confusing. Microsoft doesn’t have an Azure data centre in the UK, but it has one in Ireland (near Dublin) and one in the Netherlands (near Amsterdam). Now, without looking it up, which of these regions is West Europe and which is North Europe?

Answers after the map (from the awesome OSM). 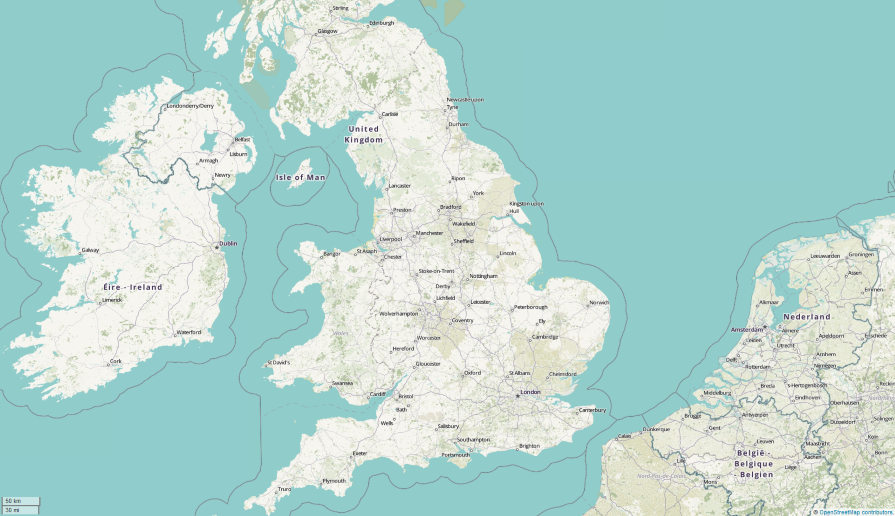 Presumably, once England and Wales leave the EU we can just run a fibre optic cable directly between Dublin and Amsterdam?

AWS has saner naming. Ireland (Dublin) is EU West (confusingly, the opposite of Azure) and Germany (Frankfurt) is EU Central. Luckily Amazon also don’t have an AWS data centre in the UK, or they would have had a problem with their EU naming.

If you are interested in how the geographical location of your infrastructure affects the performance of your web applications then I cover this in chapter 5 of my book (read the first chapter for free, no sign-up). I demonstrate the effects of latency and how to trace where your data is going, including building custom tools in C#.